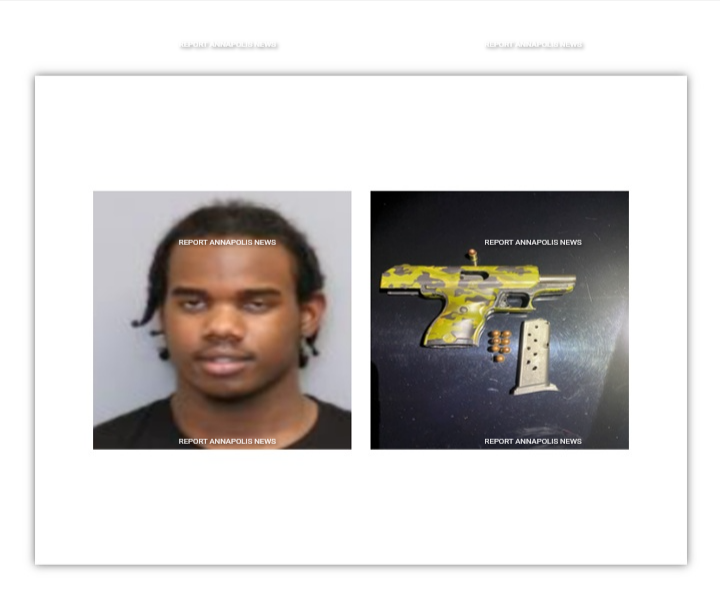 Patrol officers with the Anne Arundel County Police Department have charged an Odenton teen with illegally possessing a handgun following a traffic stop in Severn.
On December 5, 2021, at approximately 10:20 p.m., an officer conducted a traffic stop of a gold 1999 Mercedes E320 in the 1200 block of Falcon Point Drive in Severn. During the stop, probable cause for a search was developed and a .38 caliber Hi-Point Model CF loaded with seven rounds was found inside the vehicle.
The driver is prohibited from possessing firearms due to age.  He was arrested, charged accordingly and identified as:
Keron Vibert Ezekiel Reid
18-year-old
Odenton, Maryland