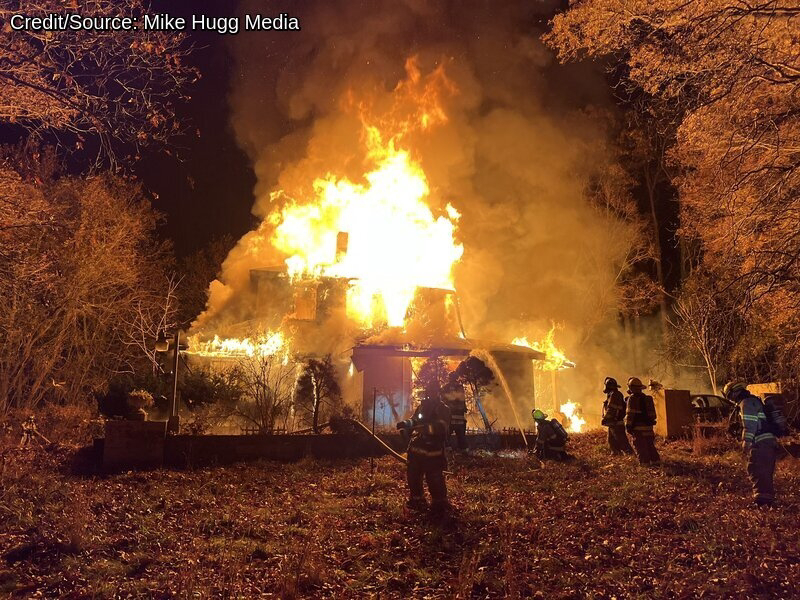 The Anne Arundel County Fire Department is looking into what caused a major fire at an abandoned home in Annapolis.
Shortly after midnight on December 1, 2021, multiple 911 calls were received from motorists on Route 50 and occupants of nearby homes reporting a woods fire or electrical transformer on fire. Firefighters arrived to find an abandoned, two-story single-family home, located in the 500 block of Admiral Drive, with fire throughout the second floor and through the roof.
With the help of about 40 firefighters, the blaze was placed under control in about 30 minutes with no injuries reported.
The home has been owned by Godfrey and Carmela Blackstone since 1979, according to online records.  Report Annapolis News reached out to a contact for the owners, Annapolis Attorney Gilda Karpouzian.  Ms. Karpouzian was not immediately available for comment.