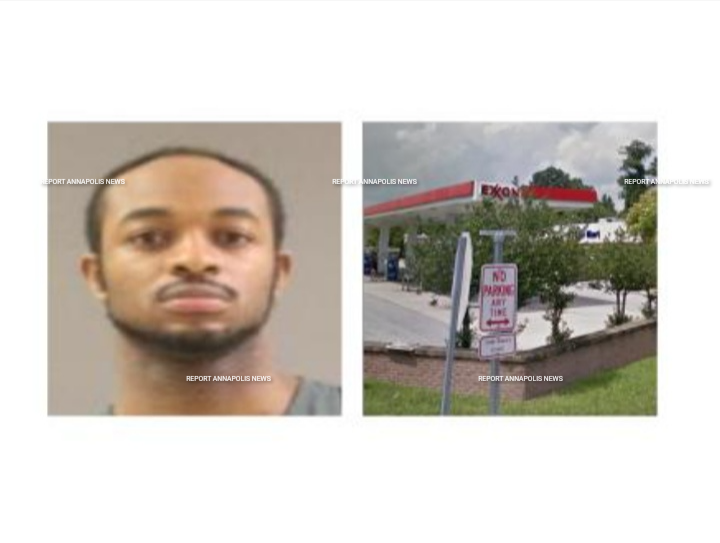 A 27 year old man from Gambrils has been charged in connection with the recent attempted robbery of an Odenton area gas station.
On December 21, 2021, at approximately 7:30 a.m., officers responded to the Exxon located at 1318 Annapolis Road for the report of an armed male inside the business. The male allegedly locked the doors to the store, threatened the clerk with two knives and began removing merchandise.
Responding officers made contact with the suspect and convinced him to unlock the doors. No injuries were reported as a result of this incident.
The suspect was arrested, charged accordingly and identified as:
Robert Lee Harper
27-year-old
Gambrills, Maryland