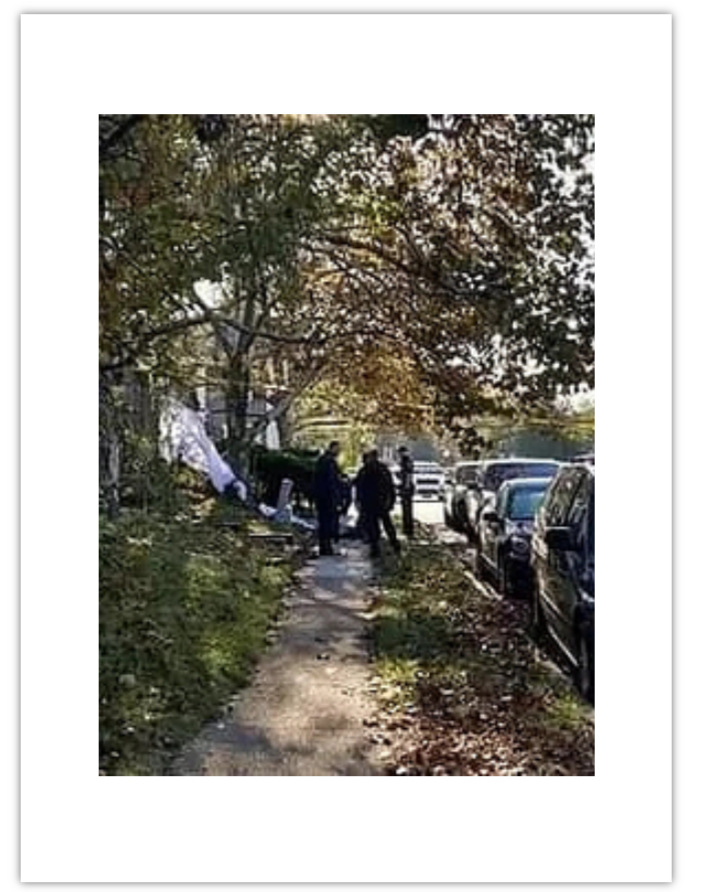 The woman found hanging from a tree in Annapolis last month died from a self-inflicted injury, an autopsy determined.
According to the Chief Medical Examiner's Office in Baltimore, Annapolis resident Catherine Virginia Lee, 72, died from asphyxiation, with the manner of death being suicide.
Police say that at approximately 7:30am on November 3, 2021, officers from the Annapolis Police Department responded to the 600 block of Belle Drive for the report of an unattended death.  When the officers arrived, they discovered the remains of Ms. Lee.
Police department officials subsequently released a statement saying the incident did "not appear to be criminal in nature."
According to a social media post made that day by Civil Rights Icon Carl Snowden, Ms. Lee, who had not been identified at the time the post was made, was African American. 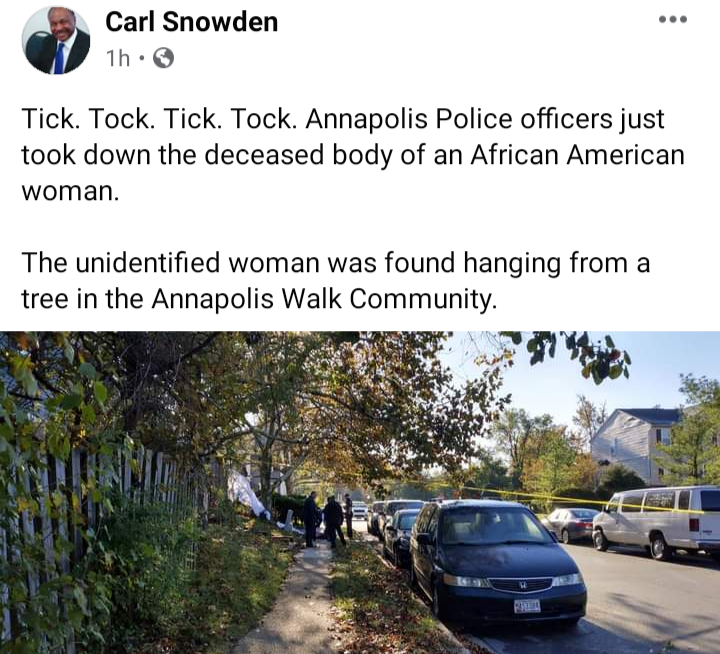