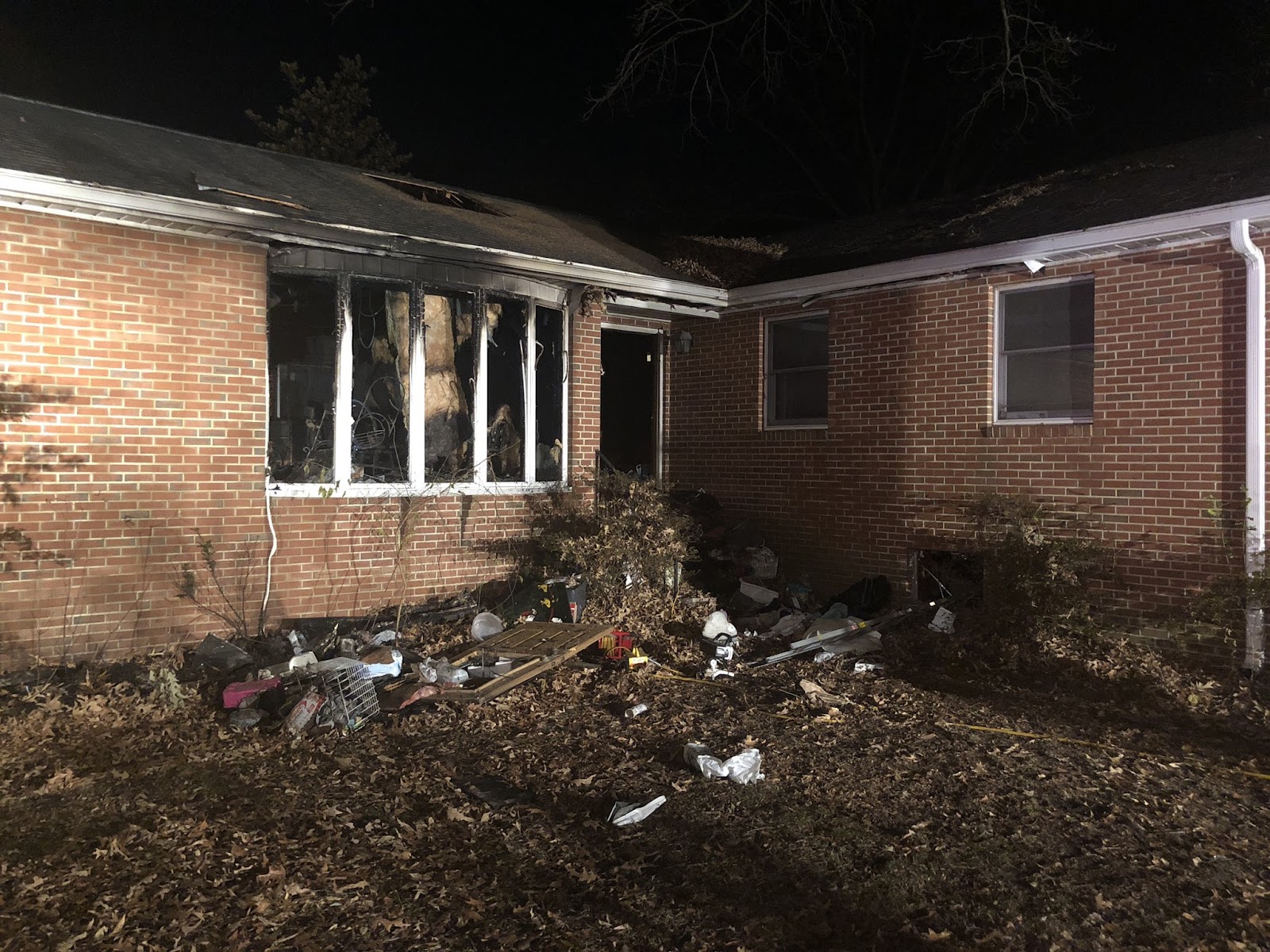 Two people were killed and two firefighters were injured in a recent Pasadena home fire, according to the Anne Arundel County Fire Department.
Shortly after midnight on December 9, 2021,  a 911 call was made from an occupant reporting that the house was filled with smoke and that they and another occupant could not evacuate. Firefighters arrived and found smoke coming from the eaves on all four sides of the one-story, single-family dwelling.
Firefighters immediately made entry to rescue the trapped occupants. They were removed from the home, and their medical care was turned over to paramedics already on the scene. Efforts to resuscitate the two occupants were not successful and they were declared deceased on the scene.
Paramedics transported two firefighters with minor injuries to the University of Maryland Baltimore Washington Medical Center.