Baltimore Man Sentenced in Connection with Motor Vehicle Assault On Officers Prior to Drug, Gun Seizure in Glen Burnie 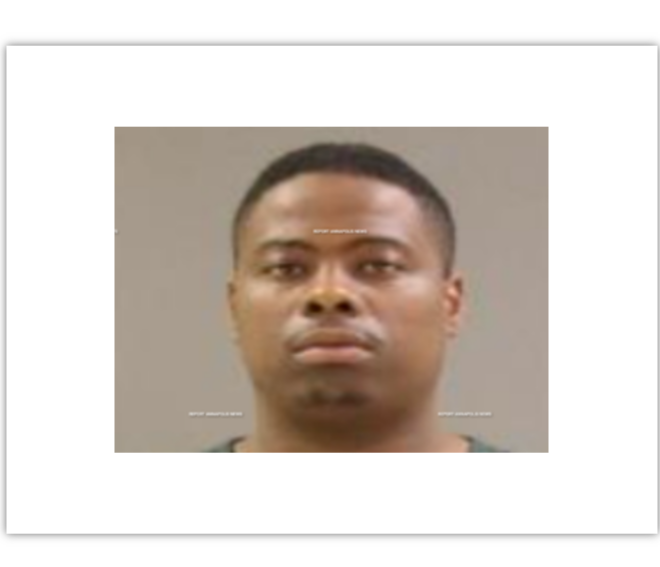 This man who assaulted two police officers with his vehicle prior to the seizure of drugs and a gun from his possession has been sentenced in connection with the incident.
Montell Gary Mills, 29, of Baltimore, recently entered an alford plea to misdemeanor assault, cds: possession with the intention to distribute a narcotic and illegal possession of a firearm.
Under an alford plea, defendants maintain their  innocence while acknowledging prosecutors have enough evidence that could be used to find them guilty at trial.
On December 22, 2021, Mills appeared before the Circuit Court of Anne Arundel County, and was sentenced to 30 years with all but 16 years suspended.  Once released from prison, Mills must also serve a term of supervised probation for a period of five years.
On May 10, 2021 at approximately 11:45 a.m., officers were conducting a check on an occupied black BMW at the Exxon located at 8001 Crain Highway at which time they observed marijuana in plain view. Two black duffle bags were also observed in plain view in the passenger compartment. When officers asked Mills to exit the vehicle, he refused their commands.
Mills placed the vehicle into drive and started to accelerate towards one of the officers. Another officer reached inside the vehicle and attempted to grab Mills at which time he grabbed the officer’s arm, dragging him along with the vehicle. The officer was able to break free and tumbled to the ground. A lookout was broadcast for both Mills and his vehicle
One of the black duffle bags was located on Winding Wind Road. Inside the duffle bag was a large amount of CDS, U.S currency and a loaded 9mm Glock 43 with attached laser sight.
Officers observed Mills running out of an apartment building on Winding Wood Road and getting into a white Hyundai Elantra. Mills then attempted to run over an officer and strike another officer’s vehicle. Mills pulled off of Winding Wood Road, swerving around another police vehicle and struck a tree on Green Branch Lane. Officers were able to apprehend Mills who was in possession of a BMW key fob. The BMW was found parked and running on Long Branch Terrace.
Another black bag was recovered from inside the vehicle. Inside the bag was a larger amount of suspected heroin, several individual Ziploc baggies of marijuana, and a clear magazine with 10 .380 caliber rounds. Also in the vehicle were a digital scale, speed loader and several cell phones.
The officer that was dragged was transported to an area hospital for treatment of his minor injuries. 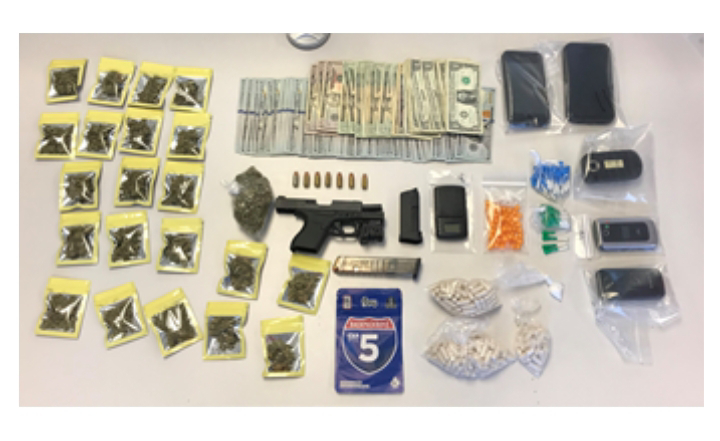