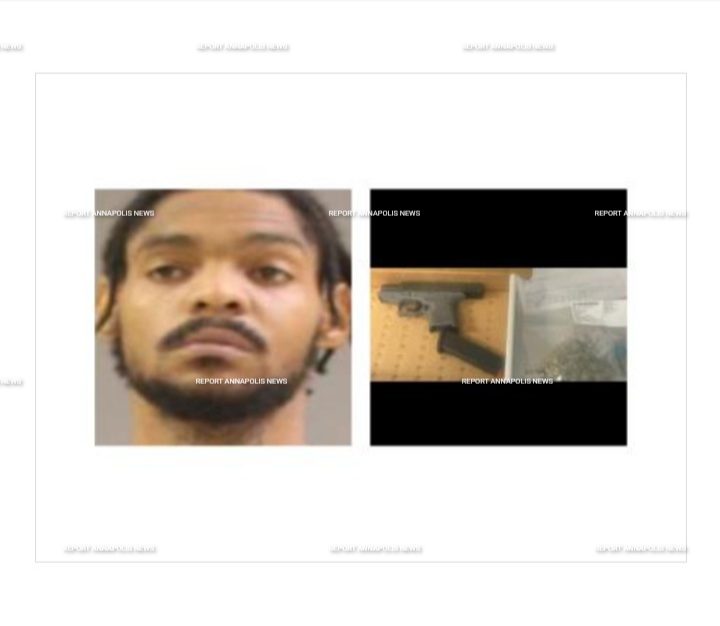 The Anne Arundel County Police Department has arrested a Baltimore man on gun and charges after he allegedly took officers on a pursuit prior to having a car crash in Brooklyn Park.
On December 17, 2021, at approximately 9:20 p.m., officers conducted a traffic stop of a blue 2018 Ford Crown Victoria on Brookwood Road near Alley 33. As officers were speaking with the driver outside of the vehicle, the front seat passenger moved from the passenger seat to the driver's seat and accelerated, causing the open door of the vehicle to strike the officer. The vehicle sped off but was soon located on Christian Road where it had crashed.
The driver had fled from the vehicle but was quickly apprehended. Officers located a 9mm Glock style polymer 80 “ghost” handgun and approximately 37 grams of suspected marijuana inside the suspect’s jacket that he had discarded just prior to being apprehended.
The original driver was cited for the traffic violation and released from the scene.  The original passenger was arrested, charged and identified as:
Timothy Bilal Robinson
29-year-old
Baltimore, Maryland