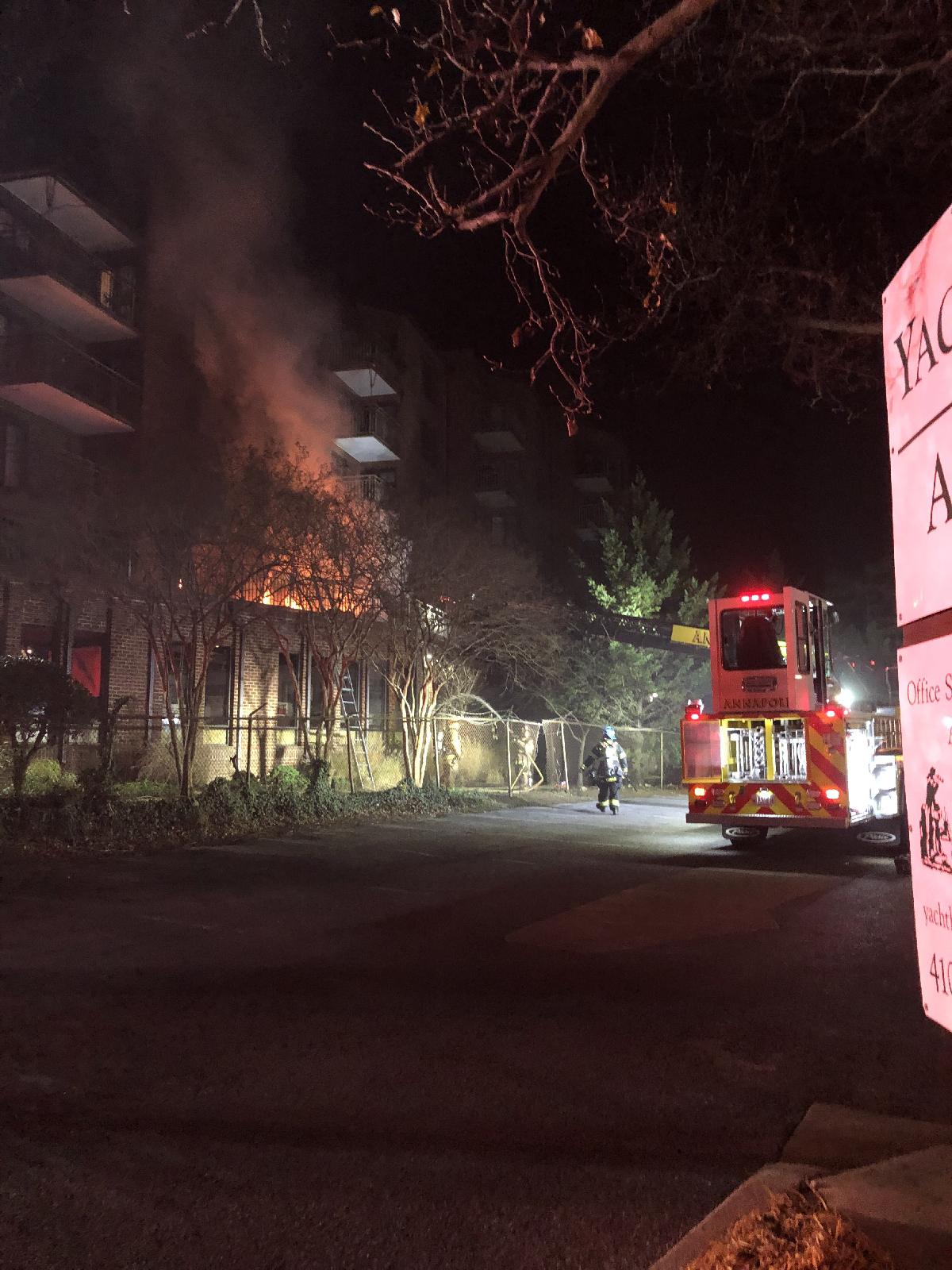 After the recent fire inside a highrise building displaced 10 people, officials with the Annapolis Fire Department have launched an investigation into the cause and cost of damages.
On Thursday December 9, 2021 at approximately 11:59 p.m., firefighters were dispatched to the 100 block of Severn Avenue for multiple reports of a structure fire with entrapment.  The firefighters arrived on scene of a six story condominium structure with heavy fire on the 2nd floor balcony.
First responders quickly made entry and assisted in the evacuation of multiple residents. The bulk of the fire was on the 2nd floor balcony with extension into the adjacent condos.
Officials say it took approximately 45 minutes to bring the fire under control.
One civilian was transported to an area hospital for smoke inhalation. There were no reported injuries to fire personnel.
The fire originated in the 2nd floor balcony and the cause and cost of damage is still under investigation by investigators of the Fire and Explosives Services Unit.