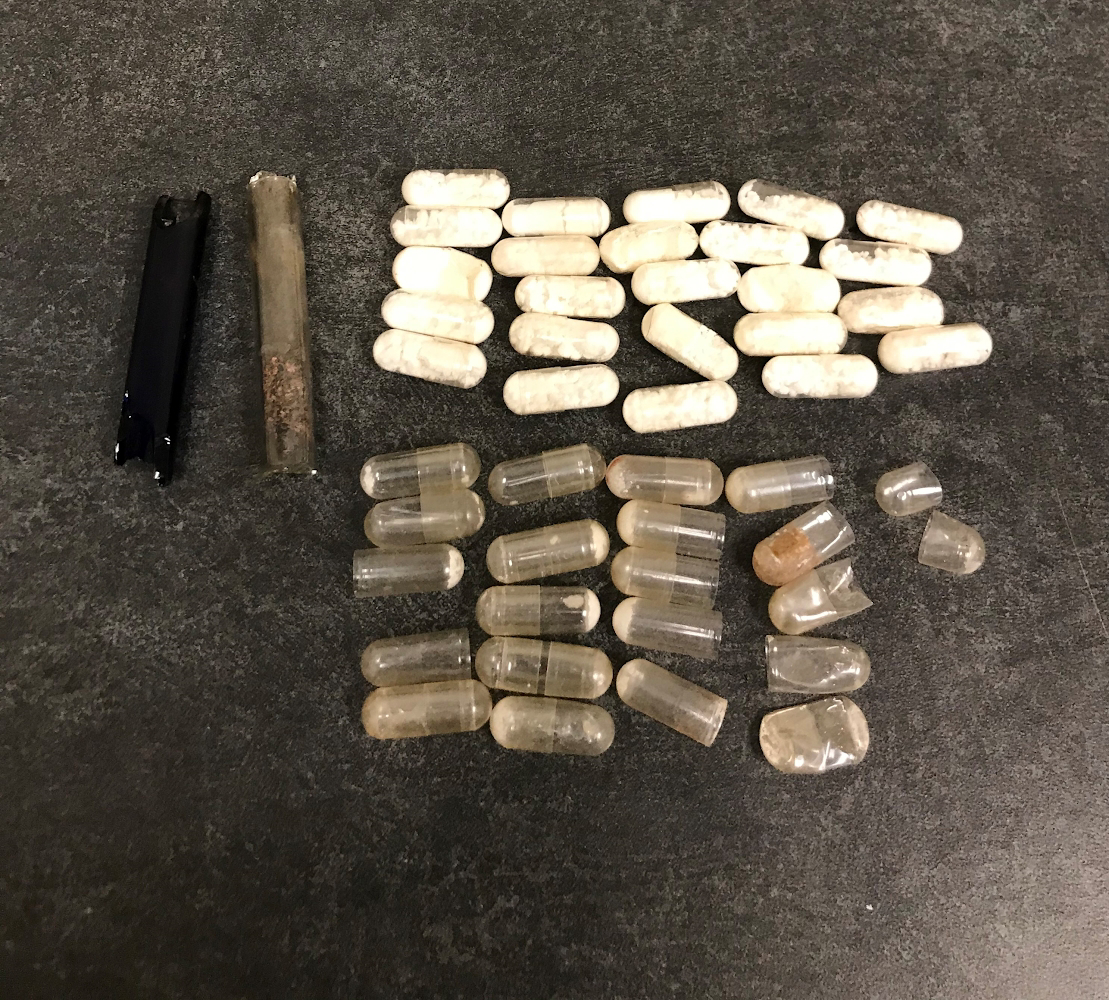 An Anne Arundel County Police officer took a Harwood man into custody after drugs were allegedly found during a traffic stop.
On Tuesday March 2, 2021 at approximately 10:15 a.m., the officer conducted a traffic stop of a white Ford F-150 in the area of I-97 and Route 100 in Glen Burnie. Upon speaking with the driver,  information was received which led to a search of the vehicle resulting in the recovery of 23 capsules of suspected Heroin/Fentanyl, 22 used capsules containing suspected Heroin residue and a blue smoking device.
The driver was taken into custody and found to be in possession of a capsule containing suspected Heroin and a clear smoking device.
The driver was arrested, charged and identified as:
George Connor Frank
DOB: 9/05/90
4500 block of Solomons Island Road
Harwood, Maryland