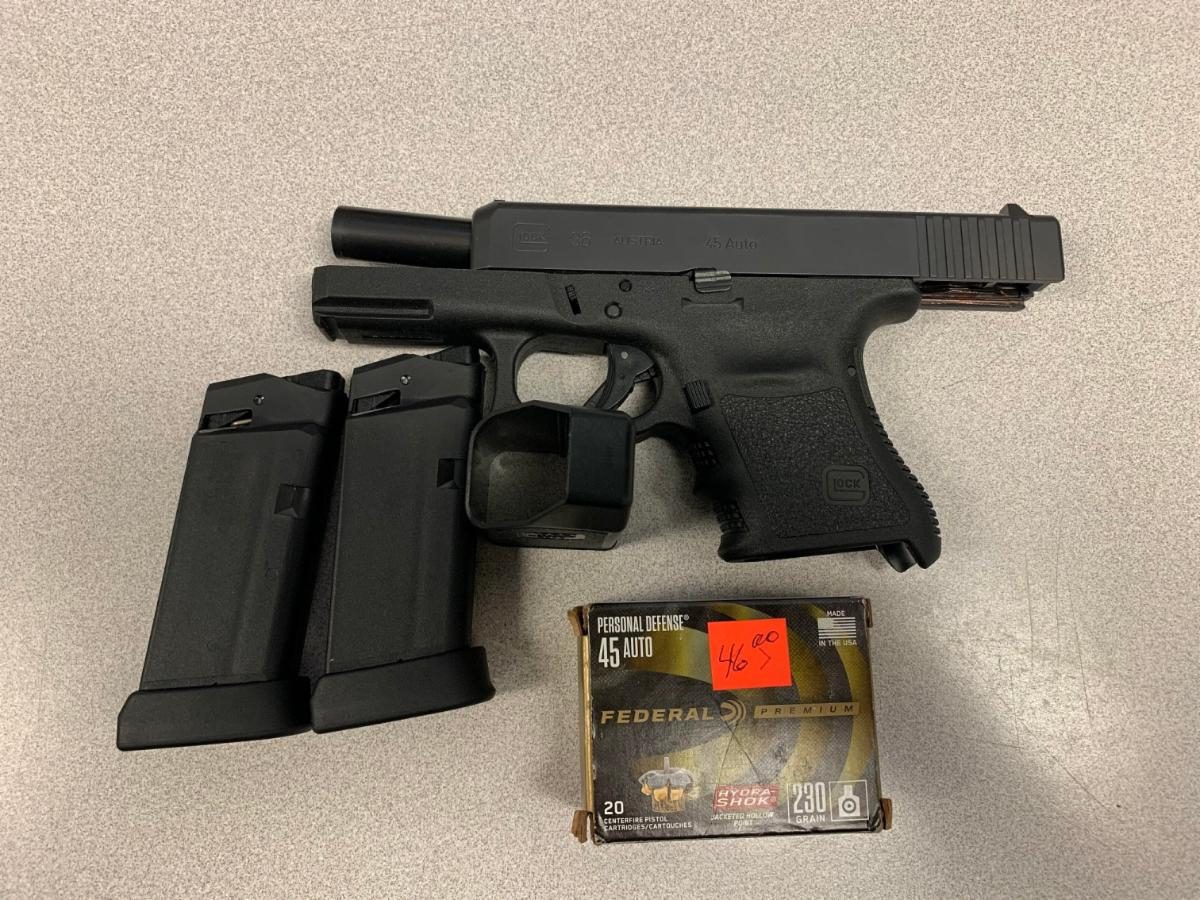 Anne Arundel County police officers arrested a 33 year old man from Halethorpe after allegedly recovering a loaded handgun from him during a traffic stop in Glen Burnie.
On March 13, 2021 at approximately 5:15 p.m., officers responded for a report of individuals smoking CDS in a vehicle in the 300 block of A Street S.W. in Glen Burnie. Upon arrival, officers made contact with the driver and noticed an odor of marijuana coming from the vehicle. A search of the vehicle resulted in the seizure of a loaded .45 caliber Glock 36 handgun found in the center console of the vehicle.
The driver was arrested, charged and identified as:
Austin Taylor Davis
DOB: 12/22/87
200 block of Green Fern Way
Halethorpe, Maryland﻿