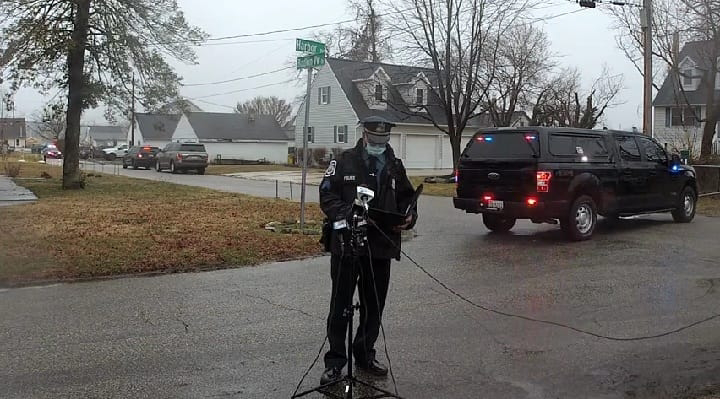 Anne Arundel County Police officials have identified Leonard John Popa Sr., of Pasadena as the subject who died following an officer involved shooting yesterday at his home. Popa has lived in the home since June 1994, according to online real estate records.
On March 18, 2021 at approximately 11:03 a.m., a 911 call was received from a member of a medical rehabilitation facility who stated they were on the phone with an individual who had made suicidal statements. Dispatchers obtained the address of the suicidal person and immediately dispatched officers to the residence, located in the 7800 block of Bodkin View Drive in Pasadena.
Two officers responded to the residence to check on the welfare of the individual. The officers arrived at the residence and attempted to make contact with the suicidal person.  Officers did not get a response so they entered the residence in order to check on the subject.
Once inside the residence, officers made contact with the subject, who was armed with a handgun. One officer fired their service weapon striking the armed subject.  The officers then immediately rendered medical aid until relieved by Anne Arundel County Fire Department personnel, who later pronounced the individual deceased at the scene. Homicide Unit investigators responded and assumed the investigation.
As a matter of standard practice, the agency will conduct a thorough review of the officer’s use of deadly force in this incident.