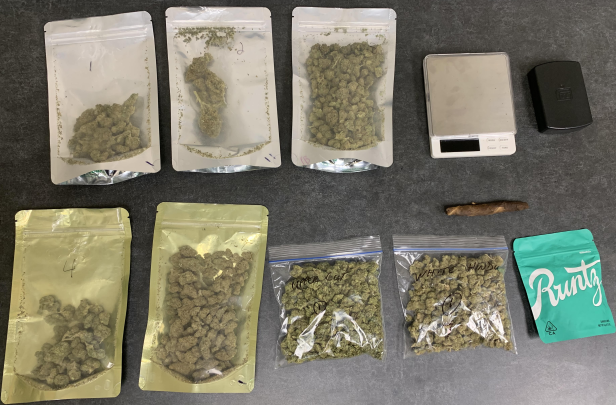 Anne Arundel County Police officers last week seized more than 200 grams of marijuana and arrested one person outside of a store in Pasadena.
According to department officials, officers were on patrol in the area of the Royal Farm's located at 8551 Fort Smallwood Road when they observed a suspicious parked occupied vehicle. Upon speaking with the occupant, officers received information which led to a search of the vehicle resulting in the seizure of 206.86 grams of suspected marijuana, packaging materials and two digital scales.
The occupant was arrested, charged and identified as:
Maurice Kermey Cameron
DOB: 8/30/1990
Unit block of Wade Avenue
Baltimore, Maryland