Mathew Palmer, 44, of Severna Park, Pleads Guilty to the Distribution of Child Pornography 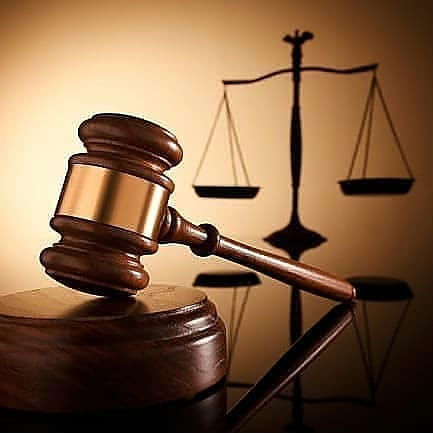 Mathew Palmer, age 44, of Severna Park, Maryland, pleaded guilty today to the distribution of child pornography.  At the time of the conduct, Palmer held positions with the Maryland state government, including as Deputy Legislative Officer for the Maryland Governor’s Office and Chief Operating Officer with the Maryland Department of Commerce.
The guilty plea was announced by Acting United States Attorney for the District of Maryland Jonathan F. Lenzner; Special Agent in Charge James R. Mancuso of Homeland Security Investigations (HSI) Baltimore; and Colonel Woodrow W. Jones III, Superintendent of the Maryland State Police.
“The exploitation of children is a serious threat and problem that has grown over the course of the pandemic,” said Acting U.S. Attorney Jonathan Lenzner.  “Individuals like Palmer who trade and possess this illegal material online are essentially facilitating an underground criminal market.  This case should serve as a reminder that law enforcement will pursue anyone who endangers children, and that no one is above the law.”
“No crime affects us more deeply than the sexual abuse of innocent children. Those who trade exploitative material participate in and perpetuate that abuse,” said HSI Special Agent in Charge James Mancuso. “HSI will utilize all available resources and authorities to investigate and seek prosecution of those who harm and exploit children.”
According to his plea agreement, investigators at HSI received reports from an instant messenger application advising that multiple accounts using similar usernames, that all included “anonjohnny” as part of the name, had uploaded at least one image of child pornography or child-sensitive material between April 2019 and September 2019.  Each time the application detected the child exploitative material, it shut down the offending account.
Investigation revealed that the same Internet Protocol address (IP address) was used to access the five “anonjohnny” accounts and was serviced by the same cellular service provider registered under Palmer’s  phone number, e-mail address, and home address in Severna Park, Maryland.   The records showed that the messaging application account had also been accessed by IP addresses that resolved to the State of Maryland, demonstrating that the user was accessing the materials from state government Internet services.
On August 11, 2020, investigators executed a search warrant at Palmer’s residence in Severna Park and seized several electronic devices, including Palmer’s laptop and personal cell phone.  Palmer’s cell phone was also linked to his office e-mail address.   Palmer’s phone was logged into a new “anonjohnny” account on the instant messaging application.  Palmer admitted that he used this account to engage in chats with several other users concerning child exploitation.
For example, in a conversation with one user, in his very first message Palmer said, “Hi I have naughty thoughts about my teen daughters.”  Palmer then sent the user images of two minor girls whom Palmer represented were his daughters.  In fact, these minor children were not Palmer’s children.  In a conversation with a second user, Palmer stated that his preference was for children aged eight and up.  Palmer again sent pictures of two minor girls, falsely representing to the second user that they were his own daughters.
At least 936 images and 368 videos of child pornography were found on Palmer's cell phone, including prepubescent minors; child pornography involving toddlers; and child pornography involving bondage and other sadistic acts.
In addition to possessing hundreds of images and videos constituting child pornography, Palmer admitted that he both received and distributed child pornography.  Palmer had an application on his phone which is used to send covert and encrypted messages.  Palmer possessed two additional videos of child pornography on that application, and the evidence showed that Palmer used that application to distribute a video of child pornography to a chat group of 58 people.  Palmer's phone also included several links under the “notes” section to active child pornographic websites.
As detailed in his plea agreement, Palmer will be required to register as a sex offender where he resides, is an employee, and is a student pursuant to the sex offender registration and nonfiction act (SORNA).
Palmer faces a minimum mandatory sentence of five years in prison and a maximum of twenty years in prison for distribution of child pornography.  U.S. District Judge Stephanie A. Gallagher has not yet scheduled sentencing.