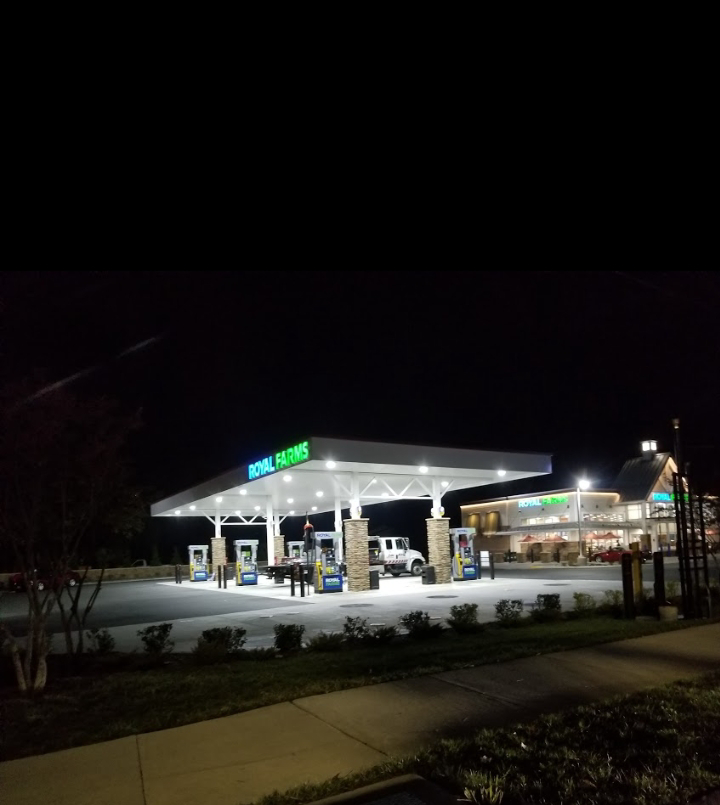 Detectives with the Anne Arundel County Police Department are investigating the theft of an ATM from the Royal Farms Store on Moutain Road in Pasadena.
On March 5, 2021, at approximately 4:00 a.m., officers responded for an alarm at the storw located at 4500 Mountain Road. Upon arrival, officers observed multiple items on the ground and realized the ATM machine was missing. A witness advised she saw a red van driving slowly back and forth on Mountain Road at approximately 3:30 a.m. and then heard a loud bang coming from the store.
A responding officer observed the Ford van and a black Ford Taurus heading away from the Royal Farms in the area of Mountain Road and Meehling Road. The officer made a U-turn and activated the emergency lights of the patrol vehicle in an effort to stop both vehicles. The van stopped in the roadway and the black Ford Taurus pulled up alongside the van. The driver of the van quickly exited the van and got into the black Ford Taurus, which fled the area at a high rate of speed.
The stolen ATM was located in the red van. Another responding officer attempted to stop the black Ford Taurus traveling west on Mountain Road near Loblolly Road, however the vehicle continued to flee at a high rate of speed, evading the officers. Officers were unable to locate the vehicle or the suspects.
Further investigation revealed the Ford van was reported stolen from an address in Pasadena. The only available description of the suspects is two unknown race males wearing dark clothing and masks.
Eastern District detectives are investigating and ask anyone with information to contact 410-222-6145.  Anonymous callers are asked to contact the Tip Line at 410-222-4700.