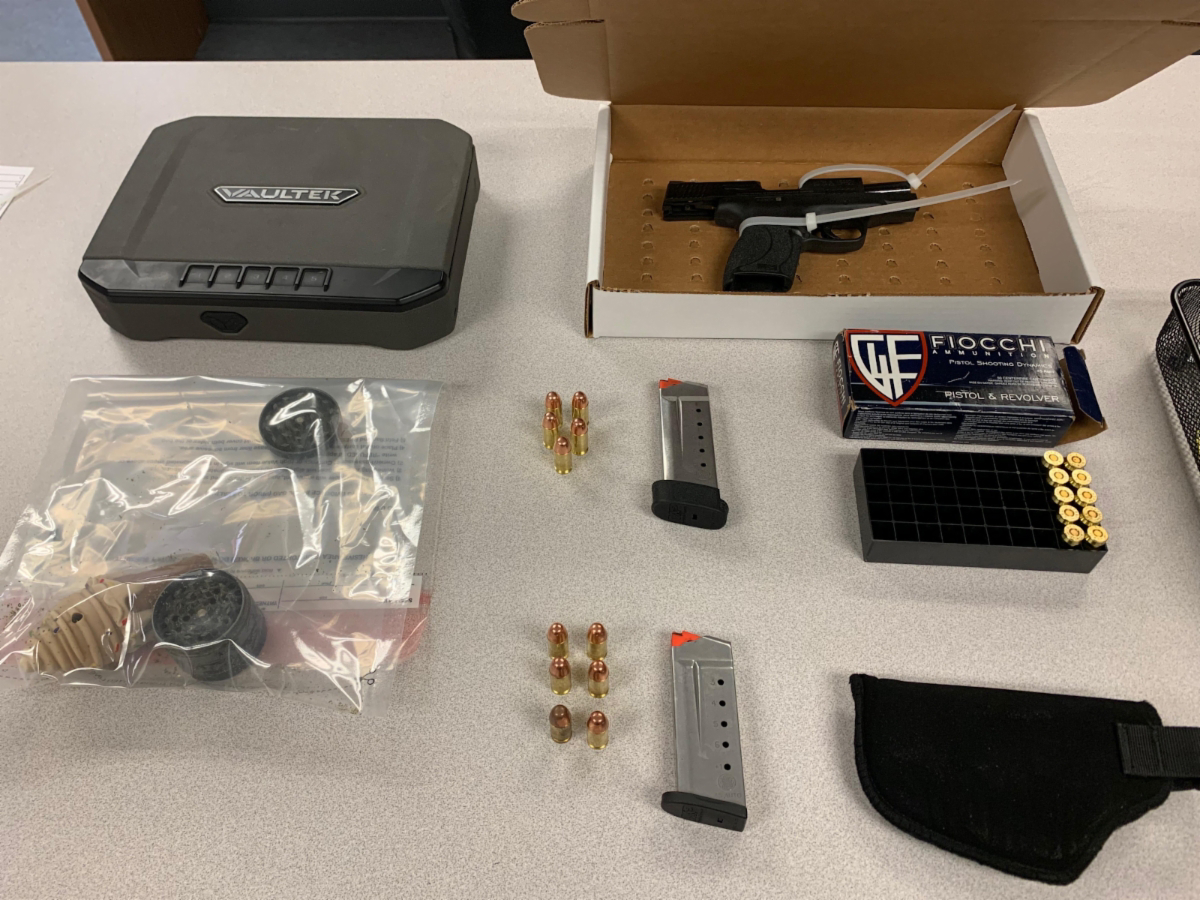 Two men were arrested and a loaded handgun was recovered following a shooting incident at a Pasadena home.
On February 27, 2021 at approximately 4:20 pm, officers responded to a home in the 8300 block of Woodland Road for a report gunshots fired inside the residence. Upon officers arriving in the area, they observed a black Kia Optima leaving the area. The driver immediately stopped, made a u-turn and attempted to quickly flee the area. An officer attempted to stop the vehicle, but the driver continued to evade the officer.
After a short distance, the driver turned into a driveway where he was apprehended by officers. Officers responding to the residence where the gunshots were fired observed two subjects in an enclosed patio. The subjects were ordered out of the house and a loaded 45 caliber handgun was located in the waistband of one of the subjects, who was taken into custody. Several spent shell casings were located outside the dwelling.
The driver of the car was also found to have an open warrant. Both subjects were arrested, charged and identified as:
1) Michael Carroll
DOB: 8/24/1994
6500 block of Home Water Way
Glen Burnie, Maryland
2) Darrell Allen Miner Jr
DOB: 4/3/1995
4300 block of Forsythia Lane
Pasadena, Maryland