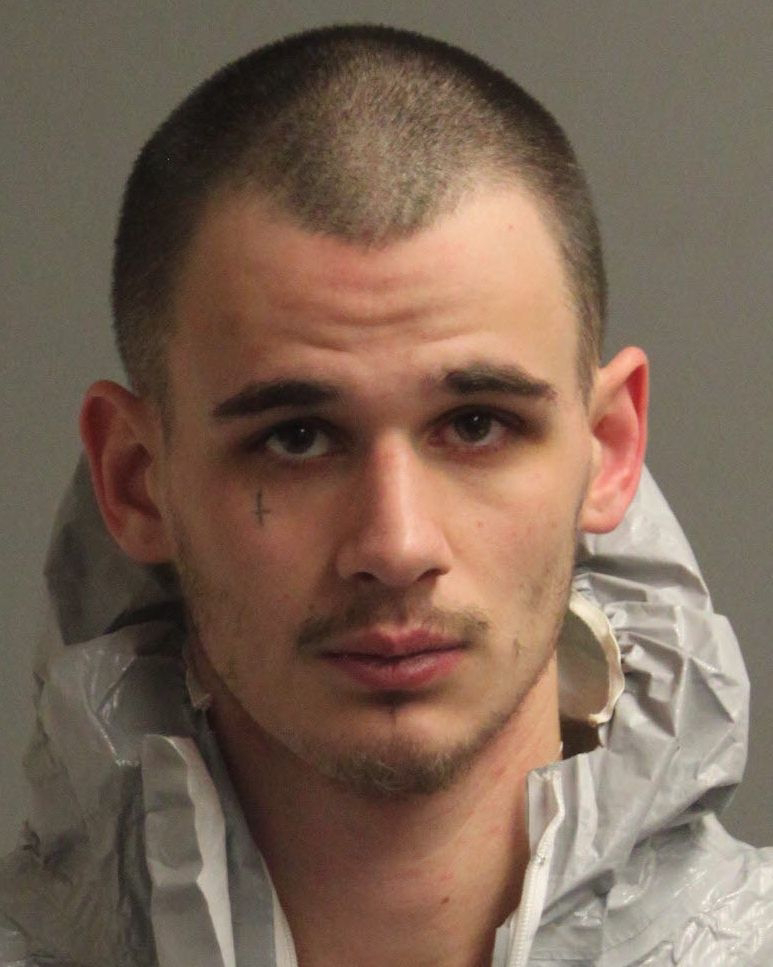 An Anne County Circuit Court Judge has sentenced Joseph Willis, 22, of the 7700 block of Middlegate Court in Pasadena, to three consecutive life sentences in connection with the homicide of a Glen Burnie man and the shooting of two county police detectives.
On Wednesday, February 5, 2020 at approximately 4:50 p.m., officers responded to a residence located in the 600 block of Newfield Road in Glen Burnie for a death investigation. Upon arrival, officers discovered 44 year old Christopher Lawrence Jones deceased in the residence.  Mr. Jones suffered significant trauma to the upper body.
Later that day, authorities observed Mr. Jones’ vehicle in the area of Fort Smallwood Road between Fort Armistead Road and Hawkins Point Road in Baltimore. Upon attempting to stop the vehicle, Mr. Willis shot at the detectives from within the vehicle.  One detective was shot in the upper body and drove to a nearby convenience store to request assistance. Mr. Willis then fled south on Fort Smallwood Road, pursued by multiple law enforcement officers to the Orchard Beach / Stoney Beach communities. He was pursued throughout the neighborhood at which time another detective was able to stop the suspect with his vehicle. At that time Mr. Willis again opened fire, striking the detective in the upper body before fleeing on foot.
Prosecutors say one of the detectives was shot in the face which resulted in significant injury causing him to lose teeth, undergo intensive reconstructive surgery and have his jaw wired shut for months.  The other detective was hit by gunshot projectiles fired by Mr. Willis, hitting his right arm, another grazing the right side of his torso and a third gunshot projectile going straight through his headrest and narrowly missing his head.
Willis entered a guilty plea on November 24, 2020.
“I hope today’s sentencing provides the family of Christopher Jones and Detectives Ballard and Preece with a sense of relief and justice,” said State’s Attorney Anne Colt Leitess. “More than a year ago, Mr. Willis killed Mr. Jones in cold blood while he slept, stole his car, and then shot at two veteran law enforcement officers while attempting to stop him from continuing his crime spree.