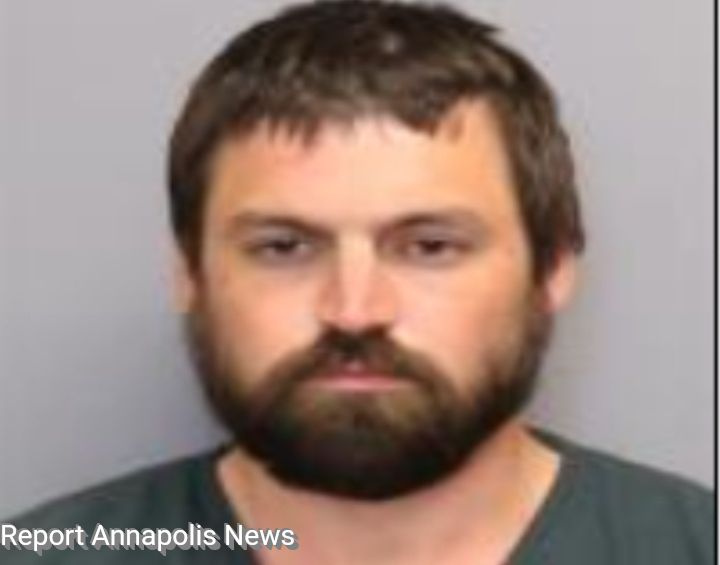 Anne Arundel County Police officers arrested one person in connection with a bizarre stabbing incident in Arnold.
On Saturday, March 27, 2021 at approximately 3:45 in the afternoon officers responded to the 100 block of Campus Green Drive in Arnold for a stabbing in progress, according to department officials. The female caller and her adult son were driving on Campus Green Drive when a male in the roadway refused to get out of the way of the vehicle. When the caller stopped her vehicle the suspect threw himself into the car breaking the drivers side mirror. The suspect began yelling that she hit him with the car. The caller called 911 and her son exited the car to confront the suspect, during this confrontation the suspect pulled a knife and stabbed the son. The caller's husband came outside to find the victim bleeding. The suspect approached the victim and stabbed him additional time. When the victim was stabbed a second time the caller's husband ran to retrieve a legally owned firearm. No shots were fired and the suspect continued walking down Jones Station Road.
The suspect was confronted by officers in the area of College Parkway near Peninsula Farm Road. The suspect had an approximately 6 inch blade in a sheath on his hip and what appeared to be blood stains on his shirt. Officers gave the suspect commands to get on the ground, he refused and was tased. The suspect fell to the ground, immediately stood up, pulled the taser prongs out of his body/clothing and drew the knife threatening officers. The suspect was still refusing to comply with officers verbal commands while brandishing the knife. Another officer was approaching the scene in his police vehicle. That officer used his vehicle to strike the suspect, disarming him and knocking him to the ground. Officers immediately attempted to arrest the suspect who kept resisting arrest and fighting. After being tased an additional time the suspect finally complied and was taken into custody.
The suspect, Theodore James Buffington, 30, was treated by medical professionals and charged accordingly. He is currently at the Jennifer Road Detention Center.