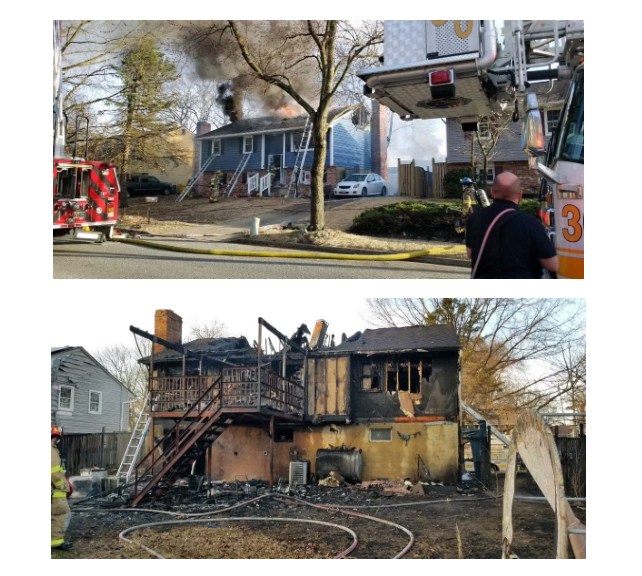 Anne Arundel County Firefighters battled a single alarm home fire in Glen Burnie resulted in multiple injuries and an estimated $200,000 in damages, officials said today.
At about 4:48pm on Saturday, firefighters responded to multiple 911 calls reporting a dwelling fire in the area of Jay Court and Old Stage Road. First arriving firefighters reported fire from the first and second floor on one side and to the rear of the home. Firefighters quickly knocked down the fire on the outside of the home before proceeding inside to extinguish the fire in several rooms inside. Fire damage also occurred to fencing and a shed in the back yard and melted siding of a neighboring home.
One adult occupant has been displaced as a result of the fire but did not require Red Cross assistance. Paramedics transported the occupant to the Burn Center at Johns Hopkins Bayview Medical Center with a burn injury to his hand. Paramedics also transported a firefighter to UM Baltimore Washington Medical Center with a minor leg injury.
The cause of the fire is under investigation by members of the Anne Arundel County Fire and Explosives Investigation Unit.