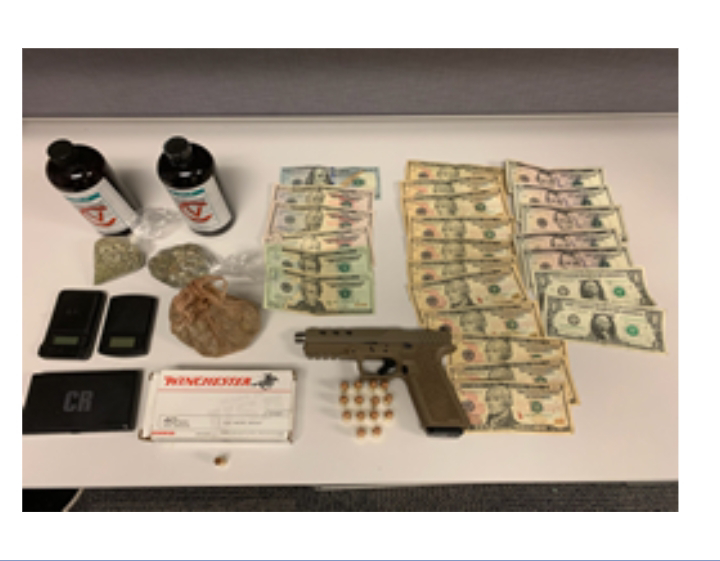 Drugs and cash were seized during a narcotics bust in Glen Burnie, which resulted in the arrest of one man and one juvenile.
On March 19, 2021 at approximately 5:15 a.m., officers executed a search and seizure warrant in the 8000 block of Crainmont Drive East in Glen Burnie. Police say the search and seizure warrant was the result of an ongoing investigation.
The warrant resulted in the arrest of two suspects with one being a juvenile and the recovery of 77.04 grams of suspected Marijuana, 999.7 grams of suspected Promethazine, 3 digital scales, a loaded .40 caliber P80 handgun with 14 rounds of .40 caliber ammunition, and $427.00 in U.S. currency.
The suspects were identified as:
1.
Krio Turner Junior
DOB: 3-8-03
8000 block of Crainmont Drive East
Glen Burnie, Maryland
2.
Juvenile - Male
Glen Burnie, Maryland