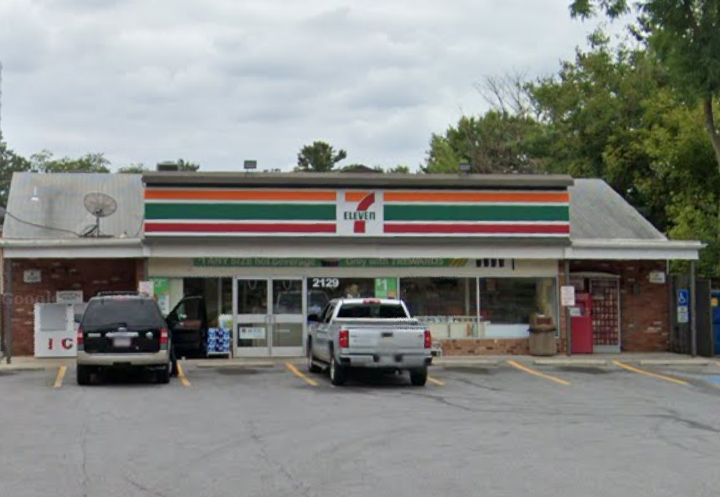 The Anne Arundel County Police Department is investigating the attempted robbery of a Crofton Area 7-Eleven store.
On October 18, 2021, at approximately 11:30 p.m., officers responded to an attempted commercial robbery at the 7-Eleven store located at 2129 Defense Highway. An unknown male suspect approached the cashier, stated he had a handgun, and demanded cash. The cashier did not comply and the suspect fled the store in an unknown direction.
The suspect was described as a black male with curly hair wearing a gray coat.
No weapons were displayed during this incident and no injuries were reported.
Robbery detectives are investigating and ask anyone with information to call 410-222-4720. Individuals wishing to remain anonymous are asked to call the Anne Arundel County Police Tip Line at 410-222-4700.