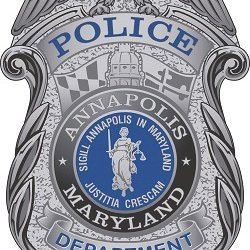 Multiple cases and incidents handled by the Annapolis Police Department routinely gets withheld from the department's daily reporting, an audit by Report Annapolis has revealed.
Cases ranging from complaints filed for minor thefts to attempted sex offense and felony drug arrests during the month of September were never included in the reports published by Annapolis Police.  These reports usually include offenses, such as homicides, robberies, burglaries, rapes, serious assaults, and thefts, that are reported to the Maryland State Police and the F.B.I.
Police officials did not report the September 22 road rage arrest of Prince George County Police Corporal James Thornley until a press release by his department initiated media and public inquiries.
Also on September 22, a 22 year old Severn man was arrested in Annapolis on a felony drug possession charge, and has remained held without bond, according to court records. On September 25, Annapolis Police officers arrested a 55 year old Bowie man on charges including attempted fourth degree sex offense and second degree assault.  Neither of these arrests were included in the daily reporting.
"The City is obviously trying to make Annapolis look safer on paper," said Steve Conn, who was recently a victim of crime in Annapolis.  "I was mugged and it wasnt published in the daily report until after I complained about it to the responding officer."
In a complaint emailed to The City of Annapolis, Conn said Annapolis Police has a duty to report all crimes to the community so citizens know what to watch out for.  "I smell something awfully fishy when crimes - as in my case - aren’t reported. If we don’t know what crimes are on the rise, how can we protect ourselves? What is the point of signing up for the daily crime report if it is only half truths?"
Requests for comment from the Annapolis Police Department were not responded to.