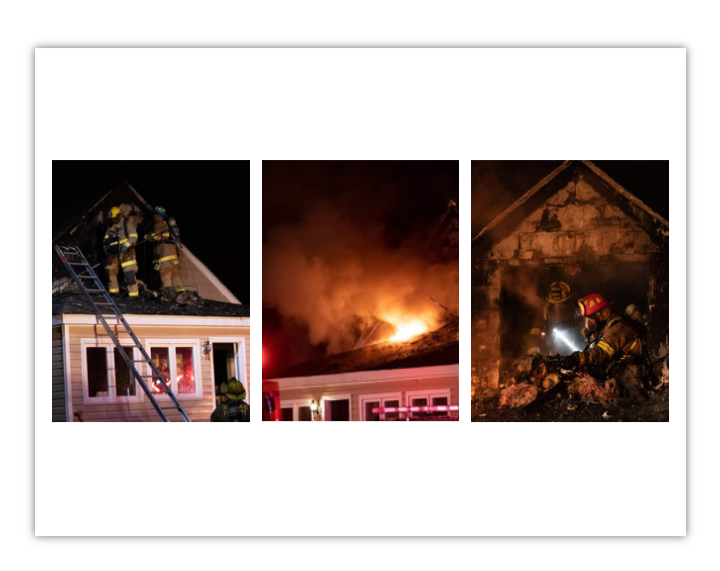 The occupant of a burning home in Edgewater and a responding firefigter were both injured during the blaze which caused an estimated $75,000 in damages.
Shortly after 3:00am on October 20, 2021,  units responded to the two-story single-family home located on the 200 block of Beverly Avenue.  Upon arrival, fire was found coming from a second-floor window in the front of the house. Officials say an active fire in a second floor bedroom was located and extinguished.
The 51-year-old male occupant was transported by Maryland State Police helicopter to the Burn Center at Medstar Washington Hospital Center. He had burns to his hands and feet, as well as smoke inhalation. His injuries are initially considered to be serious but not believed life-threatening. Paramedics transported a firefighter to the Burn Center at Johns Hopkins Bayview Medical Center with minor burn injuries.
The Red Cross is assisting those displaced by the fire.  The cause remains under investigation.