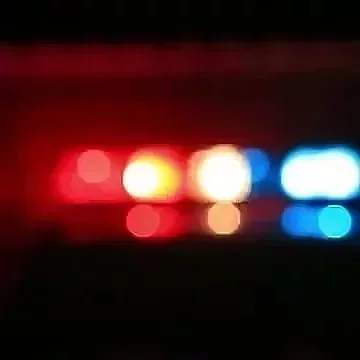 Authorities in Annapolis are investigating the attempted abduction of a Bates Middle School student.
On October 6 at approximately 3:30 pm, officers from the Annapolis Police Department responded to Bates Middle School for a report of suspicious activity.
The investigation revealed that a student was walking along Spa Road to a city bus stop just outside Bates Middle School campus when a man attempted to grab her. She fled and phoned her mother, who called one of the student’s teachers using the teacher’s Google Voice number. The teacher and another staff member went to assist the student, brought her back to school, and called police. There were no injuries reported. The student was able to say that the man who tried to grab her was white and drove away in a turquoise car.
The Annapolis Police Department and the Anne Arundel County Public Schools are working together on this incident. 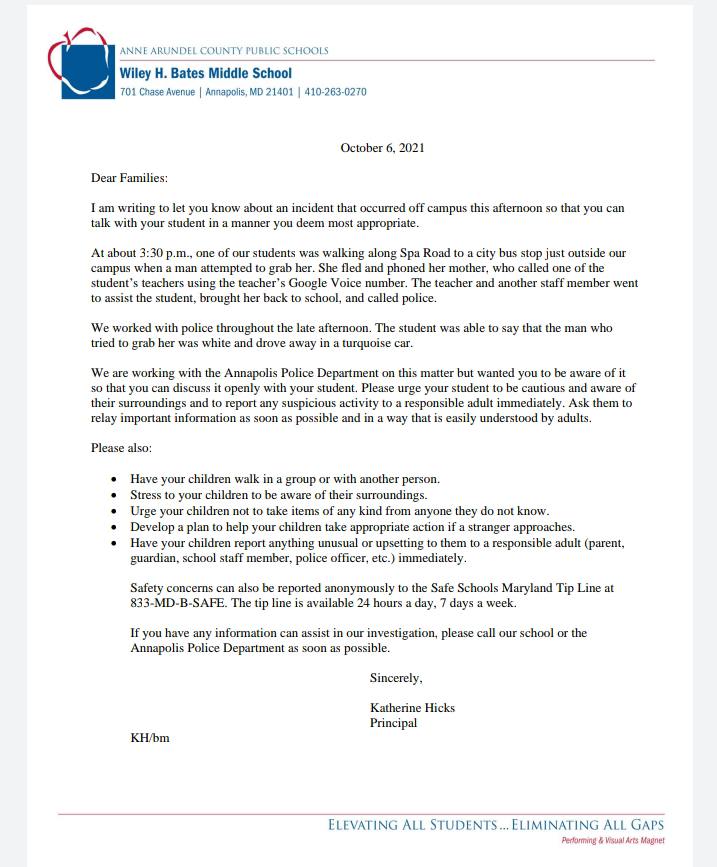 Please urge your student to be cautious and aware of their surroundings and to report any suspicious activity to a responsible adult immediately.
Anyone with information about this incident is asked to contact detectives at 410-260-3439.