Report: Bowen Levy's death was the result of a system failure at Central Special School 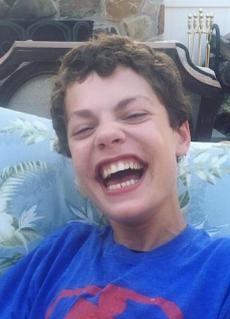 The family of Bowen Levy, a special needs student who was attending Central Special School in Edgewater before he died last year after choking on a glove during the school day, has released the details of an investigation conducted by the Department of Social Services.
The redacted report said state investigators found evidence of child maltreatment and neglect.  "Bowen Levy choked on a glove while in his classroom, and later died due to extended lack of oxygen to the brain," the report reads.  "His death was the result of a systemic failure at Central Special School."
On the afternoon of Tuesday, November 5, 2019, a 911 call was made from inside Central Special School in Edgewater related to one of the students choking.  The student, Bowen Joseph Levy, eventually became unconscious after choking on a glove while not being properly supervised.  Bowen was airlifted to Johns Hopkins Children's Center in Baltimore after being rushed by ambulance to a nearby hospital.  "We have been told that Bowen may have been without oxygen for at least 10 minutes," Bowen's father, Bryan Levy said during an interview in December.  Bowen died at the hospital on Sunday, November 10, 2019.  He would have celebrated his 18th birthday 8 days later.
Bowen required "intensive supervision" supports during the school day, as he was an autistic child who also suffered with pica, an eating disorder that involves ingesting items that are not typically thought of as food.  These conditions were reportedly well known by school staff and administrators.  Bowen's classroom was normally staffed with 4 fully trained school employees during the day, including a 1-on-1 staff specifically assigned to him.  However, at the time he was found choking, only 1 employee and two student volunteers from a nearby high school were left to supervise Bowen and several other special needs students.  "Had the classroom been staffed with two additional staff members rather than student volunteers, Bowen may have been observed obtaining the glove and/or putting it in his mouth," an investigator determined.
According to a source who spoke to Report Annapolis in December on the condition of anonymity,  by the time anyone realized Bowen had swallowed that glove, "it was too late...he was already choking," the source said. The source also told Report Annapolis that one of the student volunteers was related to a school administrator.  Multiple attempts to confirm the source's statements were unsuccessful.
In a letter addressed to Superintendent George Arlotto, Bowen's father stated the school system has still yet to provide any response or answers to his family. "It is now almost nine months since Bowen died, and you still have not provided any answers to the questions that any parent deserves to know," Mr. Levy wrote. " You offered to meet with us. We do not need a sympathy meeting. We have had enough sympathy. We want answers."
Calls to Bob Mosier, Spokesperson for Anne Arundel County Public Schools, were not returned.  Board President Michelle Corkadel declined to comment.  "The board has no comment on this matter, as it remains an ongoing legal matter," she said. 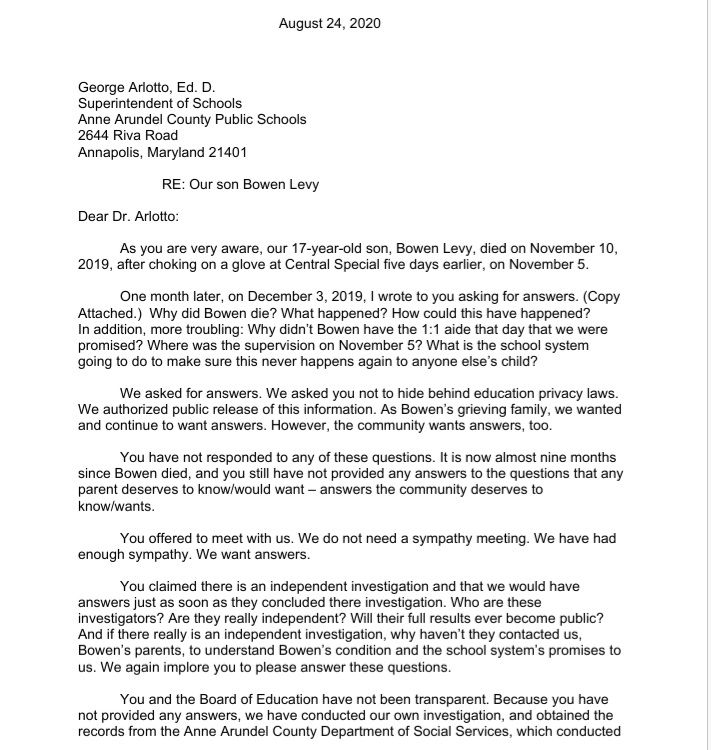 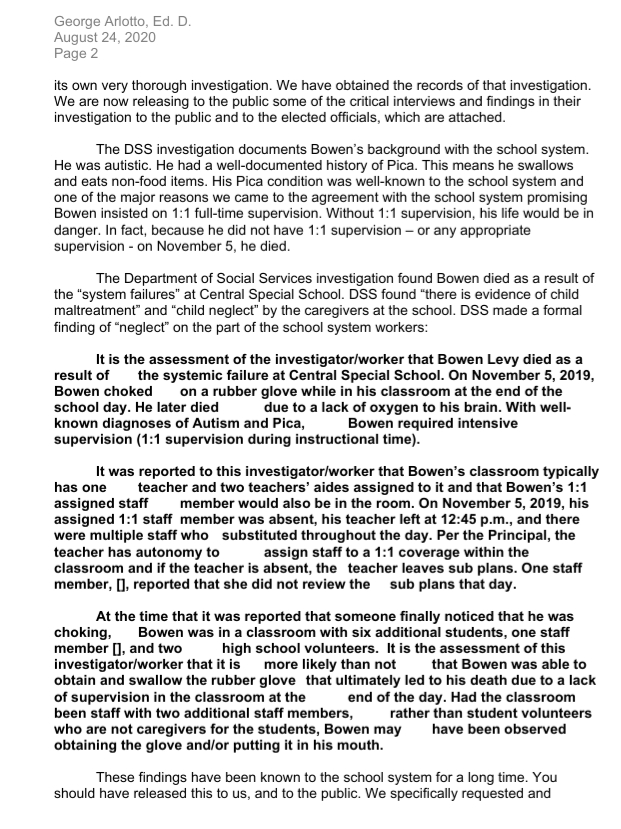 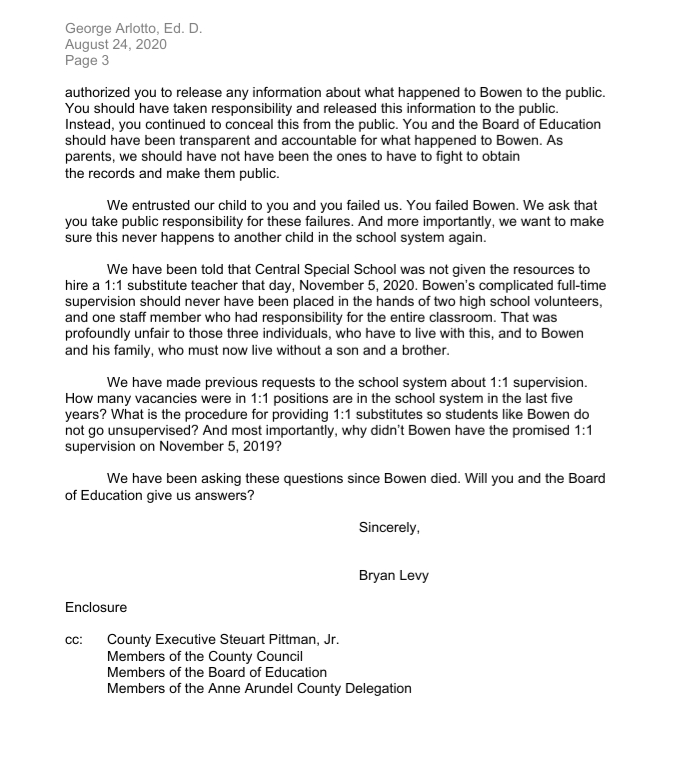 The criminal investigation into Bowen's death that was opened earlier this year remains active and ongoing, according to a county police spokesperson.
The family has retained the services of veteran attorney Timothy F. Maloney of the firm Joseph, Greenwald & Laake in Greenbelt.  Maloney, a highly regarded lawyer who is known for securing multi-million-dollar awards for his clients, recently declined to comment on whether or not he plans to file a civil action against the school system on behalf of Bowen's family.  "I have no comment right now, other than to confirm that I represent the family in this matter."
It is unclear whether or not the school employee involved in the incident received disciplinary action, or if any of the students were provided resources to help with coping after witnessing such a traumatic experience. In his letter to Dr. Arlotto, Mr. levy said that the school system failed Bowen and should be held accountable for his death.  "We entrusted our child to you and you failed us. You failed Bowen. We ask that you take public responsibility for these failures. And more importantly, we want to make sure this never happens to another child in the school system again."