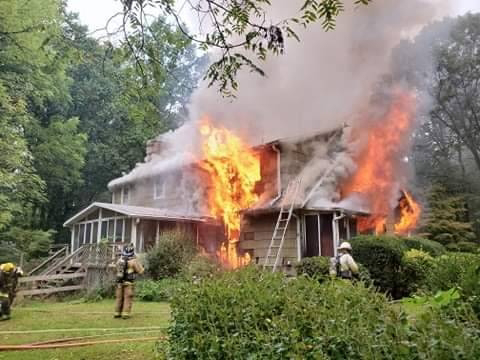 One woman has been confirmed dead and a firefighter has been injured in an early morning home blaze near Annapolis.
Units responded to the Severn Crossroads home community at 10:35am today for report of a residential fire. Although details are limited as fire officials remain on the scene preparing to conduct a thorough investigation, a department spokesperson was able to confirm an adult female resident was located and declared deceased.  Preliminary information also indicates that one firefighter was transported to an area hospital with non-life threatening injuries.
No other injuries or fatalities are being reported at this time.  The remaining occupants of the home, including two adults and one child, were displaced and are being assisted by the local Red Cross.