Police Arrests One Man, Teenager After Guns and Suspected Marijuana Found During Traffic Stop in Annapolis 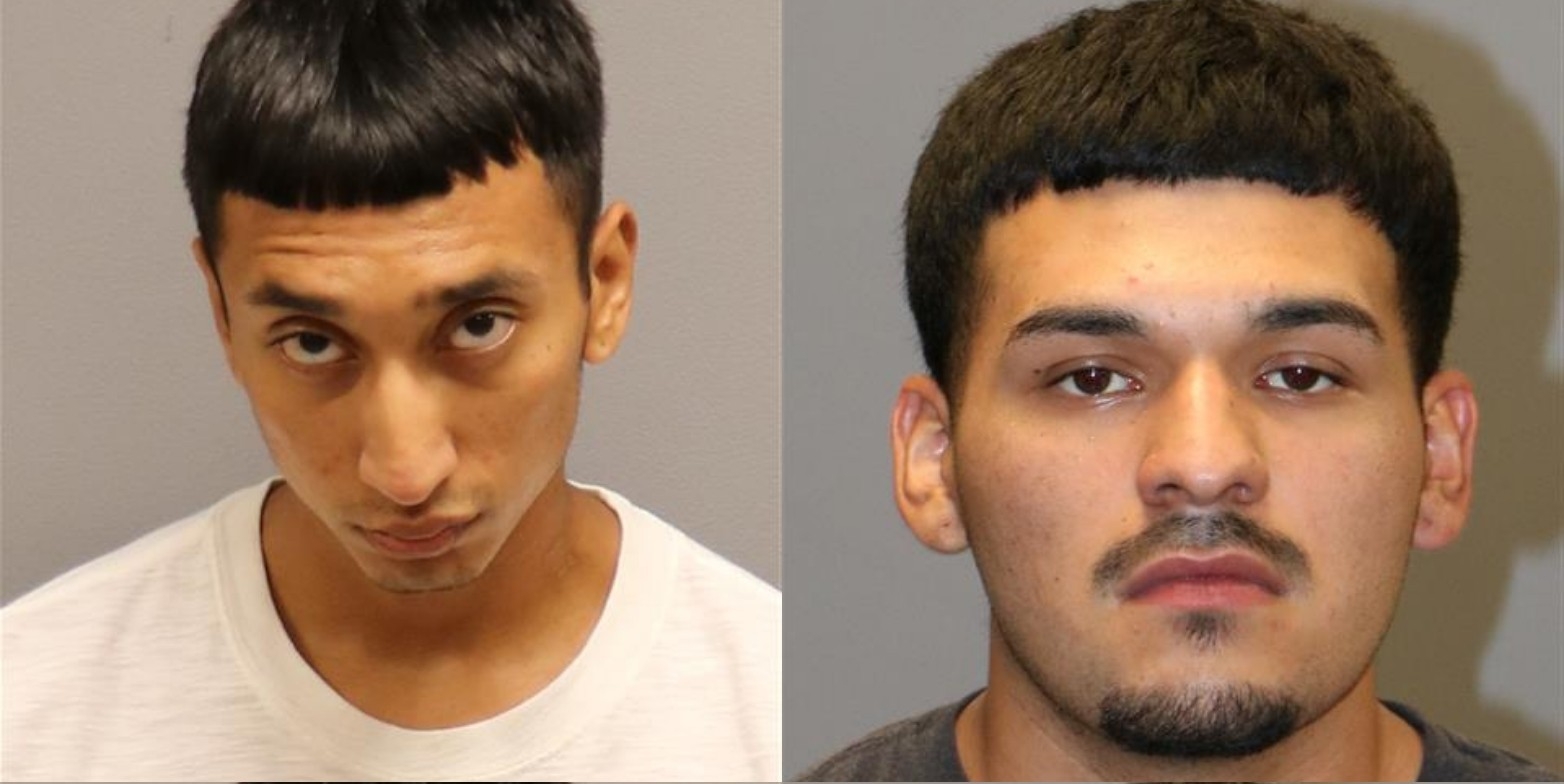 Anne Arundel County Police officers arrested one man and a teenager after guns and suspected marijuana were found during a recent traffic stop in Annapolis.
On September 3, 2020 at approximately 11:50 p.m., an officer conducted a traffic stop on a silver Toyota 4Runner in the area of Solomons Island Road and Harbor Center Drive in Annapolis. Upon approaching the vehicle, the officer noticed an odor of marijuana emanating from the vehicle. A search of the vehicle resulted in a recovery of a Polymer 80 9mm semi-automatic pistol from beneath the driver’s seat of the vehicle.
Also recovered from the vehicle was a plastic bag containing a small amount of suspected marijuana.
A juvenile occupant of the vehicle was charged as an adult after allegedly being found in possession of a Davis Industries Model P-32 .32 Auto semi-automatic pistol on his person.
The driver, Miguel Joshua Paredes Alvarez, 22, (pictured left) and the juvenile passenger, Luis Daniel Martinez, 17, (pictured right) both of Annapolis, were taken into custody and charged accordingly.