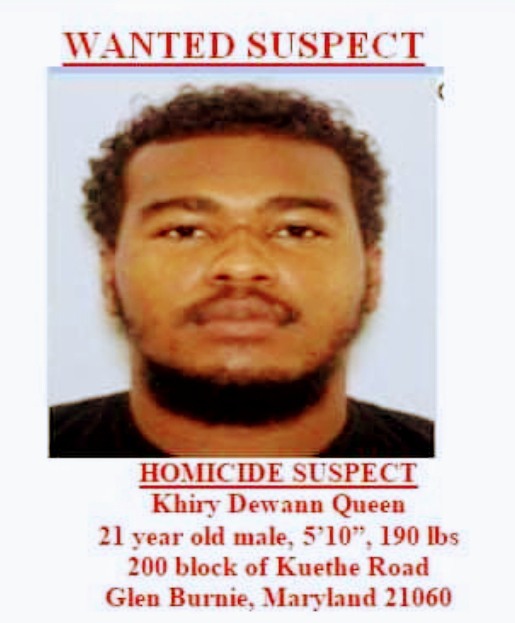 Homicide detectives with the Anne Arundel County Police Department are seeking help from the public locating a suspect wanted in connection with a recent Glen Burnie fatal shooting.
On Saturday, September 12, 2020, at approximately 10:45 p.m., Anne Arundel County Police responded to the 500 block of Delaware Avenue in Glen Burnie for the report of a fight. When officers arrived, they found a subject deceased lying in the street suffering from an apparent gunshot wound(s). The deceased subject was identified as Fillmore James Burriss, 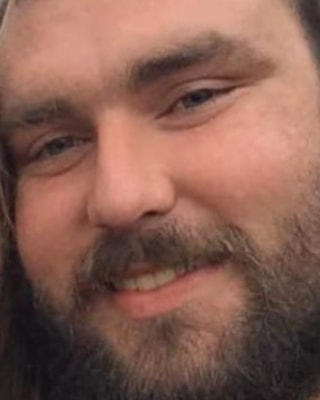 a twenty-seven-year-old male from the 200 block of Kent Road in Glen Burnie, Maryland. Homicide detectives responded to the scene along with the Evidence Collection Unit. A canvass was done where physical and digital evidence was collected from the crime scene. The Office of the Chief Medical Examiner conducted an autopsy which revealed Mr. Burriss cause of death was a gunshot wound(s) with the manner being homicide.
As the investigation progressed numerous eyewitnesses to the incident were interviewed. The witnesses advised Mr. Burriss had an argument with three unknown black males about being videoed. It was at that time one of the males produced a handgun and shot him during the altercation. The suspect/shooter was positively identified by witnesses as Khiry Dewann Queen, a twenty-one year old male from the 200 block of Kuethe Road, Glen Burnie, Maryland. Homicide detectives obtained an arrest warrant charging Khiry Dewann Queen with Second Degree Murder, First and Second Degree Assault, Reckless Endangerment, Loaded Handgun on Person, Handgun on Person, and Firearm Used in a Felony/Violent Crime.
The Anne Arundel County Police are actively searching for the suspect. If anyone knows of Khiry Dewann Queen's whereabouts they are urged to call 911 and not approach the suspect as he is considered armed and dangerous.
This is an active investigation where the Anne Arundel County Police is requesting the community's assistance and urging anyone with information to come forward by calling the Anne Arundel County Homicide Unit at 410-222-4731. Please know you can remain anonymous and contact the Anne Arundel County Police Tip Line 410-222-4700 or Metro Crime Stoppers at 1-866-7LOCKUP or Download P3Tips APP and Submit Your TIP or submit by web at www.metrocrimestoppers.org