A retired Coast Guardsman has been relieved of his high school coaching duties after being accused of trying to kiss one of the players on his team.
According to Anne Arundel County Police, southern district patrol officers responded to a complaint Thursday morning involving an adult soccer coach. A juvenile victim responded to the Anne Arundel County Police Child Abuse Unit and was interviewed.
The victim stated she was attending a soccer practice at the South River High School located in the 200 block of Central Avenue East, Edgewater, Maryland. The practice was organized by the soccer coach, identified as Kevin Clark Lyons, a fifty-two year old male from the 4400 block of Indigo Lane, Harwood, Maryland.
The victim advised practice had started at approximately 7:00 a.m. and ended at around 8:00 a.m. As practice wrapped up the victim was seated in her car as Kevin Lyons was talking with her as he was standing in the open doorway of her vehicle. Kevin Lyons then said “Hey” and as the female turned in his direction the coach tried to kiss her at which time she turned away and he kissed her cheek. The coach, Kevin Lyons, then stated “no” at which time the victim stated “no”. The suspect then walked back to his car and returned a short time later stating, “Let’s not make a big deal about this.”
Lyons was charged with the Second Degree Assault of the juvenile victim. On Friday, September 11, 2020 the commissioner’s office issued a summons in regards to the assault charge.
Southern High School Angela Hopkins released a statement saying Lyons had been relieved of his duties effective immediately.  "Kevin Lyons was a coach in our soccer and track programs," Hopkins wrote.  "Mr. Lyons will not be coaching in any capacity for Southern High School or for any AACPS high school moving forward." 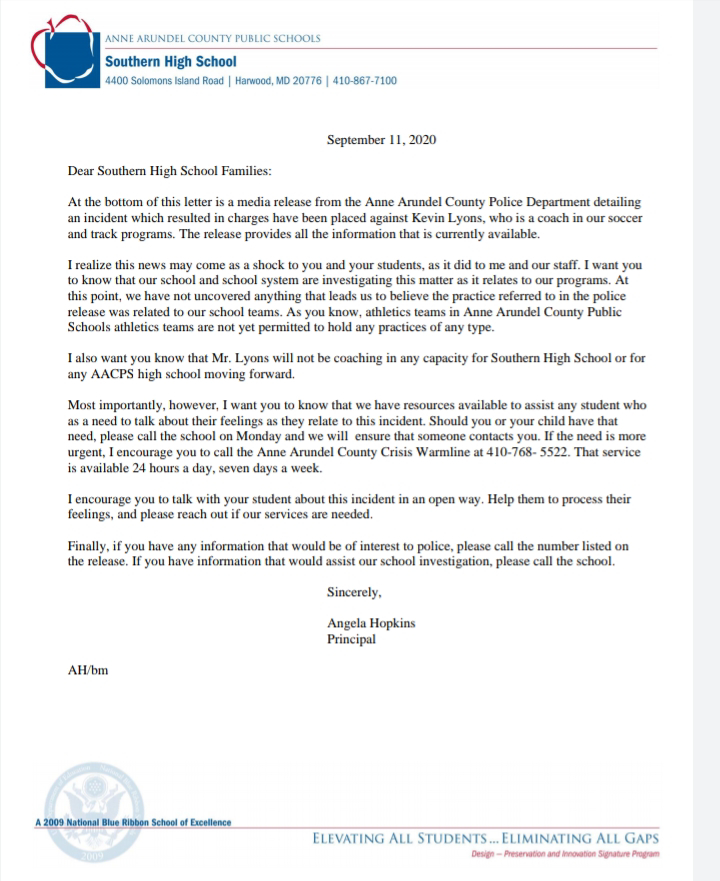 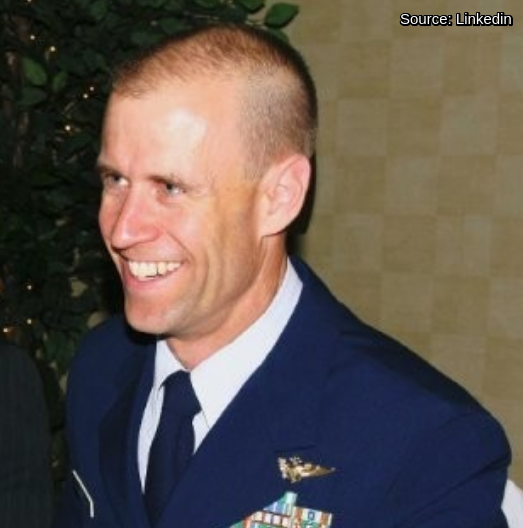