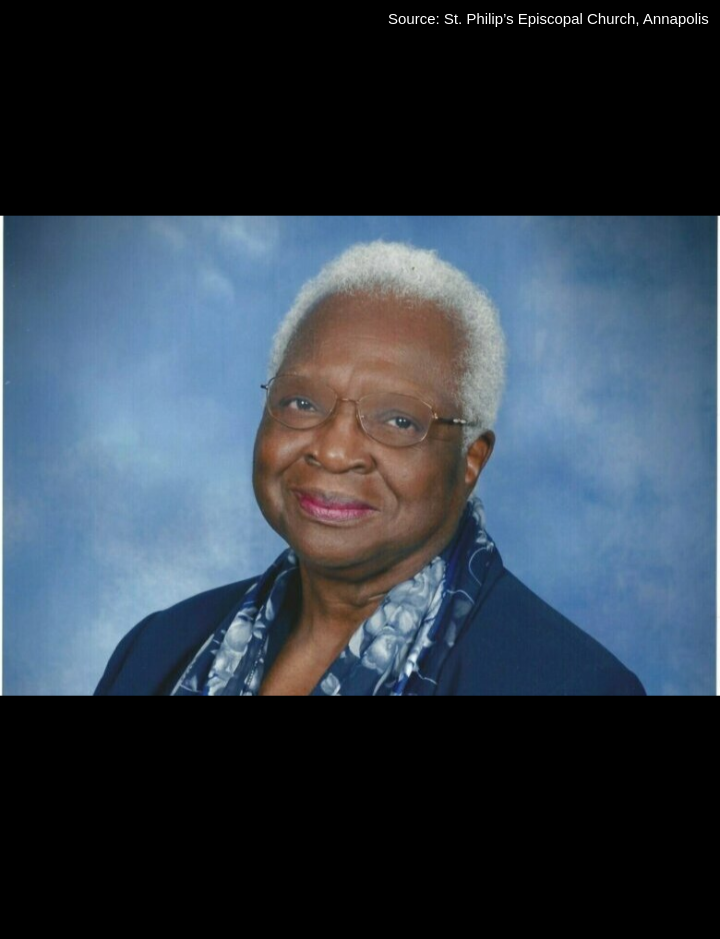 St. Philip's Episcopal Church in Annapolis has announced plans to host an event in honor of long-time member and community leader of over 50 years, Yevola S. Peters.
According to chuch rector Father Randy Callender, the event will be open to the public and is scheduled to take place at St. Phillips, 730 Bestgate Road, on Sunday, May 22, from 3p-5p. "We will pay tribute to Mrs. Peters as she plans to move with her family to Virginia Beach," Father Callender said in a press release.
In addition to various singers and speakers, Father Callender said Ward 3 Alderwoman Rhonda Pindell-Charles will present Mrs. Peters with a key to the City of Annapolis, and a proclamation designating May 22 as Yevola Peters Day.
The event will reportedly conclude with a car parade, consisting of attendees of the event waving and cheering to Mrs. Peters from their vehicles.
Yevola Peters, a longtime advocate and champion for equity, peace and justice in Anne Arundel County, has made many valuable achievements and contributions to the community, to include being the first African American woman to have a street named after her in Annapolis.
"I have the distinct honor of representing those residents who live on "Yevola Peters Way"- the
Annapolis street named in her honor," Alderwoman Pindell Charles said.  "That sign and signpost are for all of us to follow and are a true
representation of her service to Annapolis and Anne Arundel County.”
Mrs Peters is the current Executive Director of Newtowne Community Development Corporation, an organization that provides Annapolis youth with after-school and summer programs, a food pantry and career center.
Ms. Peters also served in the Anne Arundel County Government alongside three former County Executives: John Leopold, Laura Neuman and Steven Schuh.  She was the first person to lead the County Office of Human Relations and Minority Affairs, where she reorganized the Human Relations Commission. While in that role, Ms. Peters also worked on anti-discrimination legislation, and developed a cultural competency training model for all 500 county employees. 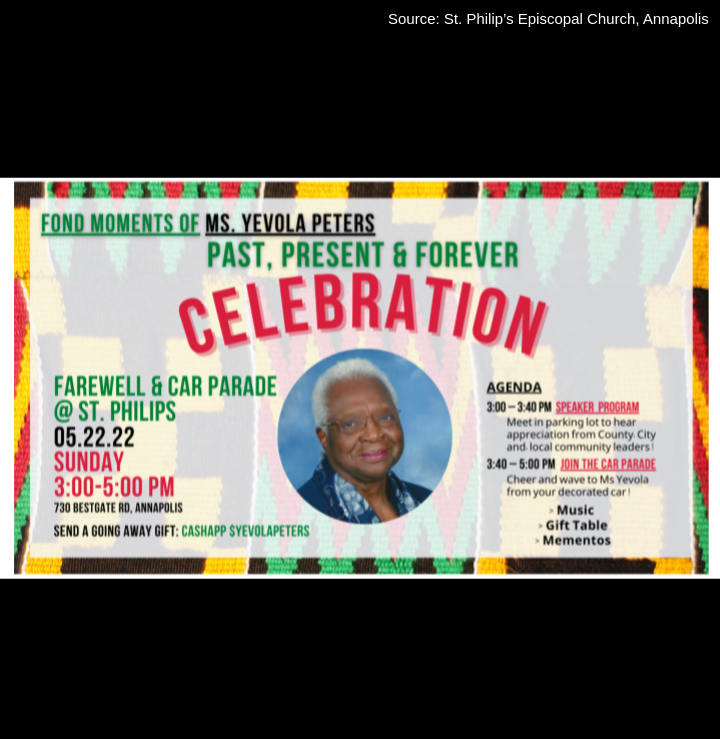