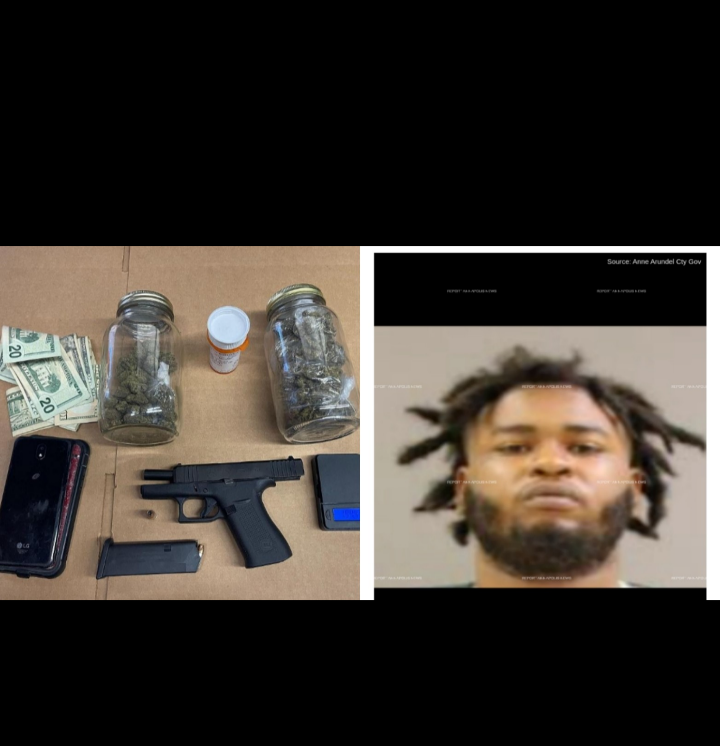 A man from Baltimore was arrested after patrol officers allegedly seized drugs and a gun while conducting a recent traffic stop in Brooklyn Park.
The Anne Arundel County Police Department said that on May 15, 2022, at approximately 10:40 a.m., officers conducted a traffic stop of a gold 2001 Jeep Cherokee in the area of Walton Avenue and Ritchie Highway.
While approaching the vehicle, an officer observed suspected CDS inside the vehicle, and a subsequent search of the vehicle resulted in the seizure of two jars containing suspected marijuana weighing approximately 941 grams, a black 9 mm handgun, four pills of suspected Tramadol, and $504 in U.S. currency, department officials said in a press release.
The driver was arrested, charged accordingly and identified by authorities as:
Daquan Montay Williams (pictured above)
22-year-old