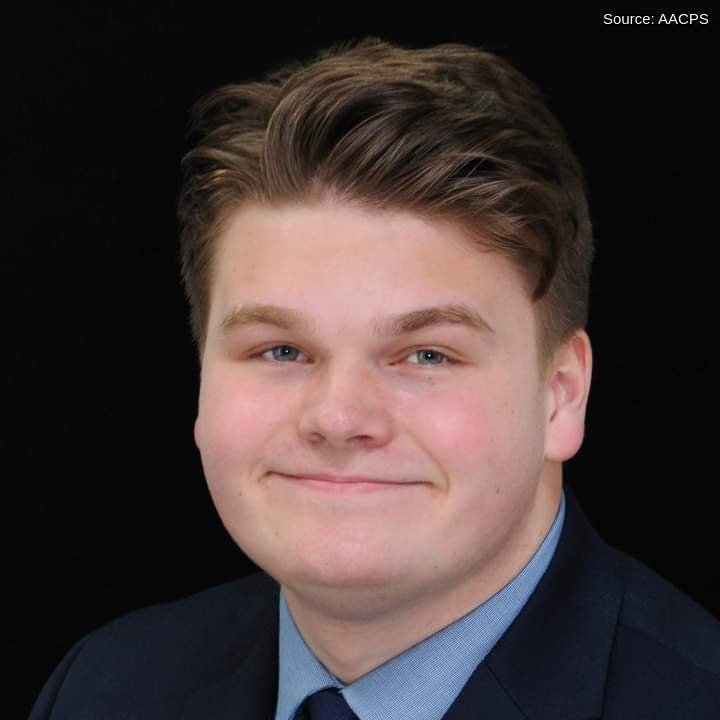 A rising senior at Severna Park High School has been elected as the new student member of the Anne Arundel County Board of Education.
In a press release, officials said Zachary McGrath, was elected by members of the Chesapeake Regional Association of Student Councils (CRASC).  His name will be forwarded to Governor Larry Hogan, who must then make the formal appointment. Zachary would succeed current SMOB Bunmi Omisore of Arundel High School, whose one-year term expires on June 30, according to the announcement.
Zachary said he plans to focus his work as SMOB on four key areas: student quality of life, student engagement, environmental justice, and equity.
“I want to express my thanks to my fellow candidates,” he said. “Oscar and Jaden constantly inspired me and showed me how to be the best representative for AACPS students. I also want to thank everyone who has supported me throughout this journey. I am excited to work with my fellow students, and all members of the Anne Arundel County community, to help improve AACPS."
The school system provided the following info about Zachary:
Zachary is second vice president of Severna Park High School’s Student Government Association and a member of the school’s Leadership Institute. He participates in Severna Park’s It’s Academic team and Model United Nations club as well as contributing to the school newspaper. He is the state Legislative Affairs Coordinator for the Maryland Association of Student Councils, the youth representative for community outreach for the Anne Arundel Office of Health Equity and Racial Justice, and a member of the Youth Advisory Council for the Maryland Civic Education Coalition. He has done legislative internships for Del. Sandy Bartlett of District 32 and Del. Shaneka Henson of District 30A and is also an Eagle Scout who now serves as a junior assistant Scoutmaster
Upon appointment, Zachary will become the 49th student member of the Board. He will be the ninth Severna Park High School student to serve on the Board. Students have held a seat on the Board since 1974, when Andover High School’s Jeffrey Robinson served in an advisory capacity. Anne Arundel’s student member has had full voting rights since 1975 and is the only member of a local school board in the nation to have that status.
If appointed, Zachary would assume his seat on July 1, 2022.