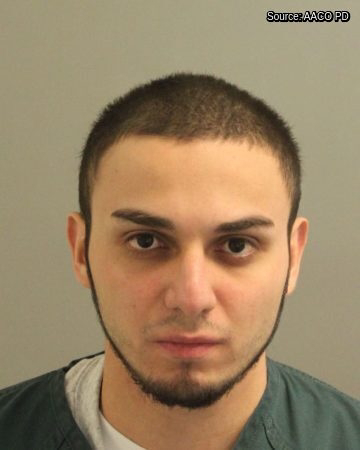 An Annapolis man has been sentenced to life in prison for his involvement with multiple murders connected to the MS-13 gang.
According to federal prosecutors, the sentencing came after Juan 'El Pastor' Sandoval-Rodriguez, 24, was convicted of murder in aid of racketeering, and conspiracy to commit murder in aid of racketeering, in connection with 3 murders that occurred between 2016 and 2017.
Authorities said evidence presented at his 9-day trial showed that from at least 2015 through 2017, Sandoval-Rodriguez participated in racketeering activities, including drug trafficking, extortion, and murder, according to the statement by federal prosecutors.
"On March 11, 2016, Sandoval-Rodriguez lured a victim to Quiet Waters Park in Annapolis, with the intent to murder the person, who was believed to be a rival gang member," the statement reads. "Once the victim arrived at the park, members of the gang struck the victim on the head with a branch or stick.  Sandoval-Rodriguez and other members of MS-13 then stabbed the victim repeatedly, killing the victim. The members then buried the victim in a shallow grave in the park."
Additionally, prosecutors said Sandoval-Rodriguez took part in the death of a 21-year-old woman. Sandoval-Rodriguez and others reportedly stabbed the woman, dismembered her body and buried her.
Sandoval-Rodriguez had also been connected to the death of a 17-year-old boy in Montgomery County, the US Attorneys office stated. "The boy was repeatedly stabbed and his heart was removed from his body."  While Sandoval-Rodriguez may not have actually killed the boy, prosecutors said he directed the murder after luring him from Annapolis.