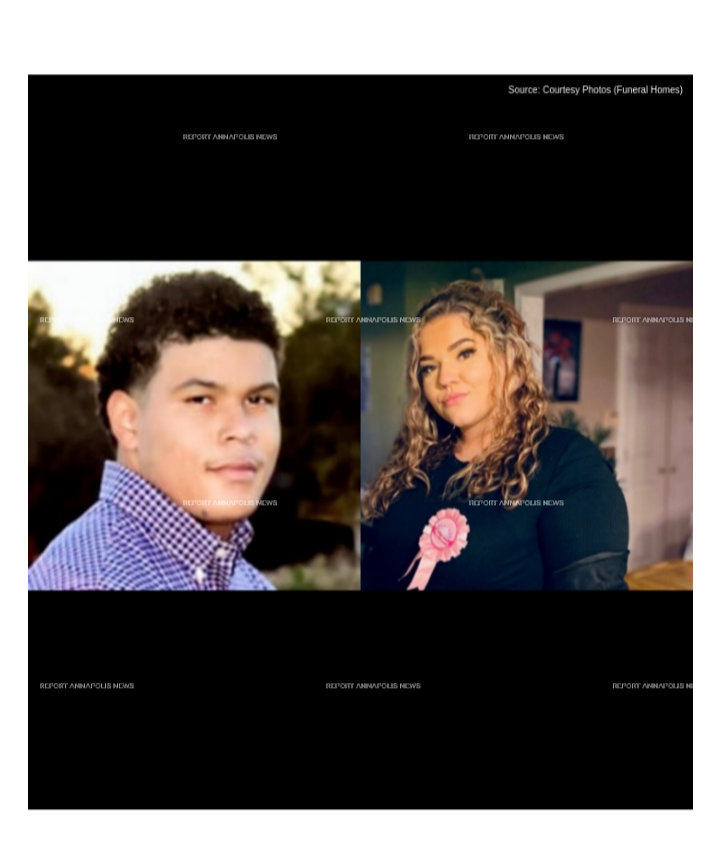 A 3 year veteran of the Metropolitan Police Department has been charged in connection with a 2021 multi-vehicle crash that claimed the lives of a young couple from Calvert County.
According to court records, Austin Kirk Smith, 25, of College Park, faces multiple offenses, including two felony counts of manslaughter and two misdemeanor counts of negligent driving.
Brianna Burch, with the Metropolitan Police Department's Office of Communications, responded to an inquiry from Report Annapolis News, stating Smith joined the department in 2019 and is currently on administrative leave.
On May 27, 2021 at approximately 12:50 a.m., officers arrived to the area of Southern Maryland Boulevard and Lower Pindell Road in Lothian for a multiple vehicle collision involving fatal injuries, the Anne Arundel County Police Department said.
A Dodge Charger was traveling southbound on MD Route 4 approaching the intersection. A Chevrolet Equinox, occupied by by driver Leah Mae Foster (right photo), and passenger Nicholas Raymond Harris (left photo), was attempting to cross over MD Route 4 onto Lower Pindell Road and was struck by the Dodge Charger, driven by Austin Smith.
Smith suffered non-life threatening injuries.  Foster and Harris were pronounced deceased at the scene.
An obituary dedicated to Foster said she graduated from Calvert County's Northern High School, and worked as a waitress at Adam’s Ribs in Edgewater. "She enjoyed going on road trips, the beach and being with her friends, especially going to Mexico Restaurant. Most of all, Leah loved being a mom to her daughter," the obituary stated.
Harris' obituary said he also graduated from Northern High School, enjoyed sports and spending time with his girlfriend, Leah, who his parents believe was going to be his soul mate. “She brought a sparkle to his eye that no one had ever seen before," the obituary stated.
Initially, the police department said the accident was caused by the Equinox failing to yield the right of way.  It remains unclear exactly what a subsequent investigation revealed that initiated the charges against Smith, and Report Annapolis News is seeking additional information from the Anne Arundel County State’s Attorney’s office.
Charging documents in the case against Smith can be seen by clicking below:
State of MD v Austin Smith
#Developing