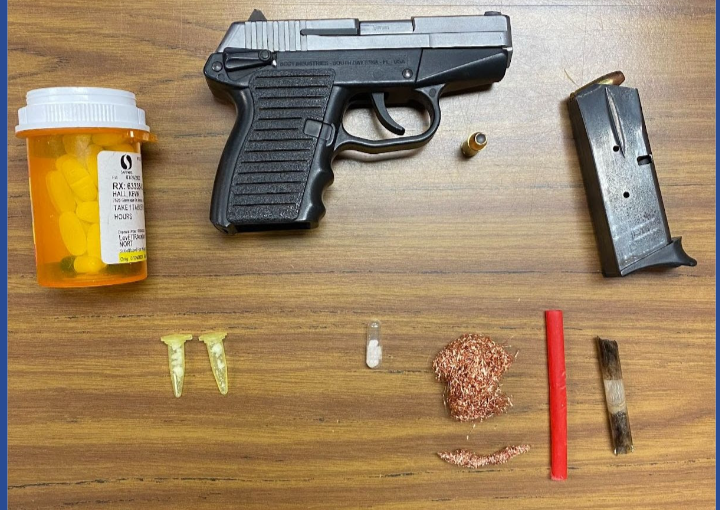 Drugs and a firearm was recovered from a vehicle after an impaired driver allegedly drove through a construction site in Hanover.
According to an Anne Arundel County Police press release, on April 29, 2022, at approximately 9:00 a.m., officers responded to the area of Annapolis Road near Ridge Road Hanover for a report of a possible impaired driver. "Callers reported a vehicle drove through a construction site causing damage to property on the site. The vehicle was described as a burgundy Chevrolet Suburban with a blue tarp in the back window and was occupied by a male and a female," police said.  "Responding officers located the vehicle and observed signs of impairment on the part of the driver."
The press release stated that a probable cause search of the vehicle resulted in the seizure of a loaded 9mm semi-automatic handgun, approximately 52.16 grams of suspected heroin/fentanyl, and approximately 1.09 grams of suspected crack cocaine.
The driver is prohibited from possessing firearms. The driver and passenger were arrested, charged accordingly and identified as:
Kevin Dewitt Hall, 2nd (Driver)
33-year-old
Lindsay Nicole Stanoski (Passenger)
29-year-old
Baltimore, Maryland