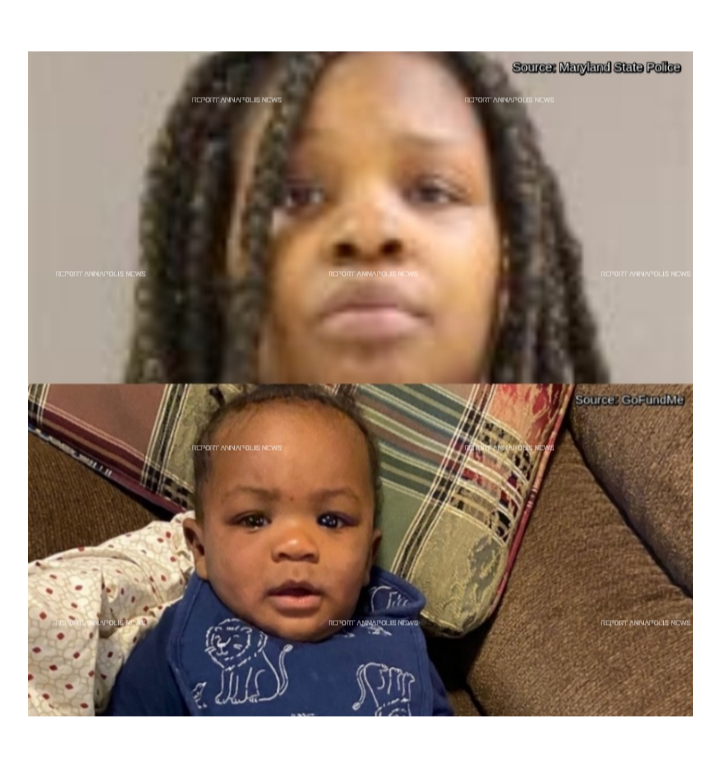 The mother of a child killed during an alleged impaired driving accident last year has been indicted by an Anne Arundel County grand jury.
According to an annoncement by the Maryland State Police, Talaya C. Martin, 30, of Severn, was indicted on multiple charges, including first-degree child abuse resulting in death, negligent vehicular manslaughter, and driving under the influence of alcohol while transporting a minor. Martin was arrested on May 25, 2022, by the Anne Arundel County Sheriff’s Office, police said.
Martin was transported to the Anne Arundel County Detention Center, where she is being held without bond.
State Police officials said that shortly before 4:30 a.m. on April 4, 2021, Maryland State Police at the Glen Burnie Barrack received a call for a two-vehicle crash on northbound Route 295, south of Route 100.  Responding troopers found a 2002 Ford Explorer down a steep hill in the median on its right side, officials said.
A 2014 Honda Crosstour, driven by Marlon J. King, 45, was also involved in the crash, but had remained on the highway.  King reported no injuries in the crash.
The driver of the Honda was reportedly northbound in the slow lane of Route 295, when he observed a vehicle approaching at what was described as a high rate of speed in the same lane.  The driver of the Honda was concerned and moved to the fast lane of Route 295 as the vehicle, later identified as the Ford Explorer, approached, Maryland State Police said in a press release.
The driver of the Ford, later identified as Talaya Martin, lost control of her vehicle just before passing the Honda, an investigation revealed.  "The Ford veered to the right before traveling back across both northbound lanes toward the median, when it struck the Honda.  The Ford continued on into the median, through a guardrail and down the hill where it came to rest on its right side after striking several trees," the police press release stated.
The deceased victim, Ezekiel Martin, a 9-month-old infant, was Talaya Martin’s child. Talaya Martin was transported to the University of Maryland R Adams Cowley Shock Trauma Center for treatment of her injuries.  The infant, who was not secured in a car seat, was pronounced deceased at the scene, officials said.