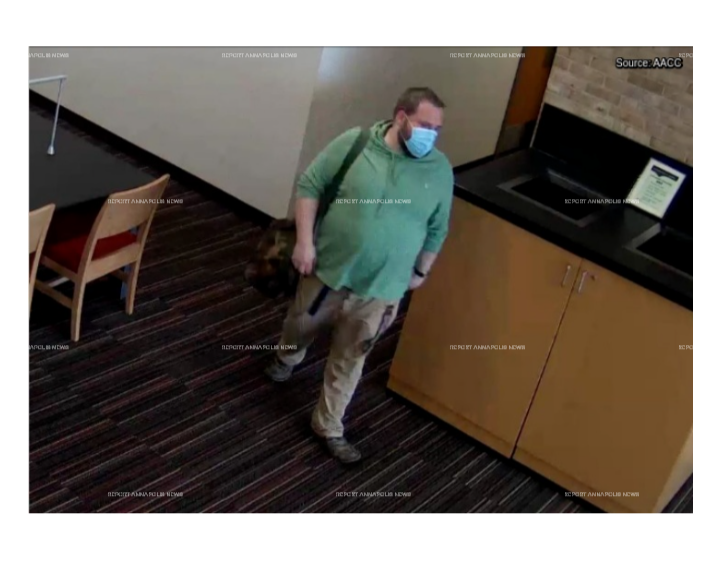 The Anne Arundel Community College is not naming the former student who has been charged with taking unauthorized photos in men's bathrooms on the Arnold campus.
According to documents obtained by Report Annapolis News, campus police initiated an investigation after the man was accused of taking pictures or videos of victims while in campus bathrooms without their consent.  Last month, at least one complaint was made to campus officials alleging the subject had captured the male victim using a urinal from an adjoining stall, a campus source states.
On May 19, 2022, AACC Department of Public Safety and Police announced the now former student was charged with three misdemeanors related to non-consensual surveillance in a private area.  Steps have reportedly been taken to ban him from entering any campus building or property. 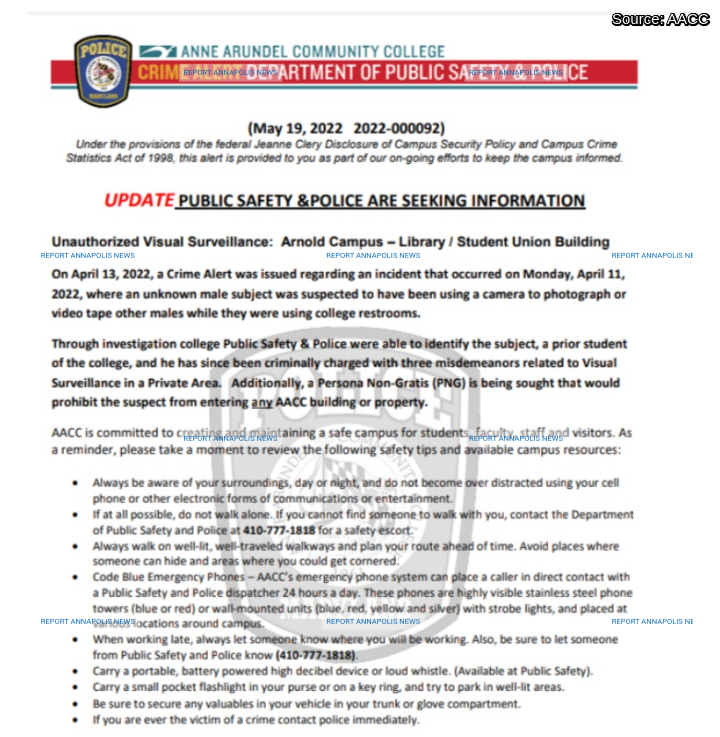 An Anne Arundel Community College spokesperson would not disclose the man's name or provide the written report related to the investigation following a request for additional information.