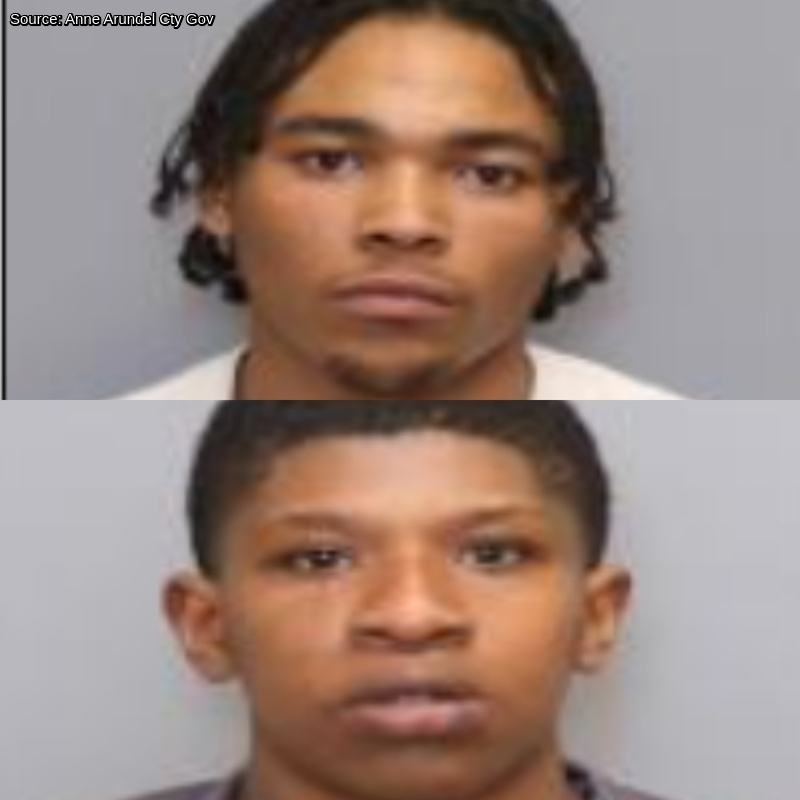 Two people from Baltimore were recently arrested after police reportedly found a loaded gun and marijuana while conducting a traffic stop near Arundel Mills Mall in Hanover.
On March 21, 2022, at approximately 10:00 p.m., an officer conducted the traffic stop for a registration violation in the 7600 block of Arundel Mills Boulevard, according to the Anne Arundel County Police Department. Officials said the officer developed probable cause for a search while approaching the vehicle, which yielded marijuana and a loaded P80 handgun with a Glock slide. 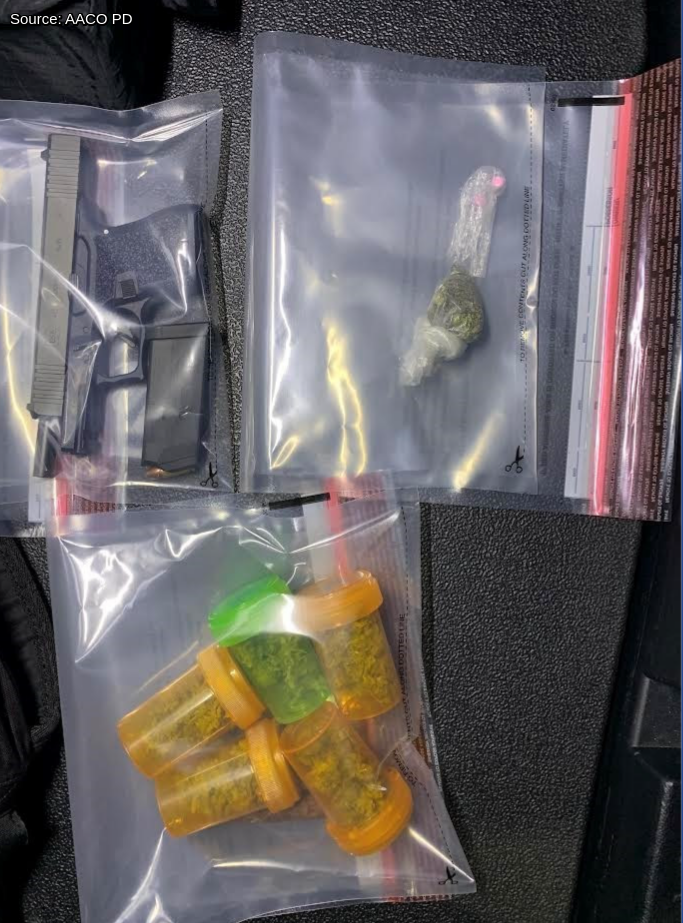