Police: Man Reports Being Shot At While Walking Along Stillmeadows Drive in Severn 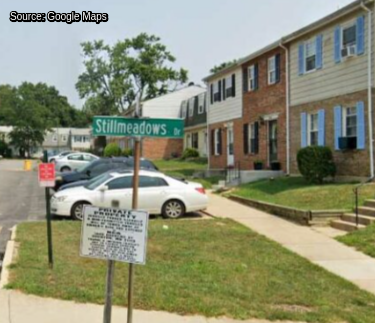 Authorities have launched an investigation after a man was reportedly shot at while he walked on Stillmeadows Drive in Severn.
On March 30, 2022, at approximately 6:00 p.m. officers responded to the area of Stillmeadows Drive and Stewarton Court in Severn for a report of gunshots fired, the Anne Arundel County Police Department states.  "The adult male victim was walking along Stewarton Court when he saw five unknown black males appear from an alleyway.  One of the males fired several shots toward him," department officials said in a statement. "The victim was not struck by any of the fired rounds.  Officers searched the area but were unable to locate any of the suspects, and evidence of shots being fired was recovered at the scene."
Anyone with information is encouraged to contact police at 410-222-6155 or the Tip Line at 410-222-4700.