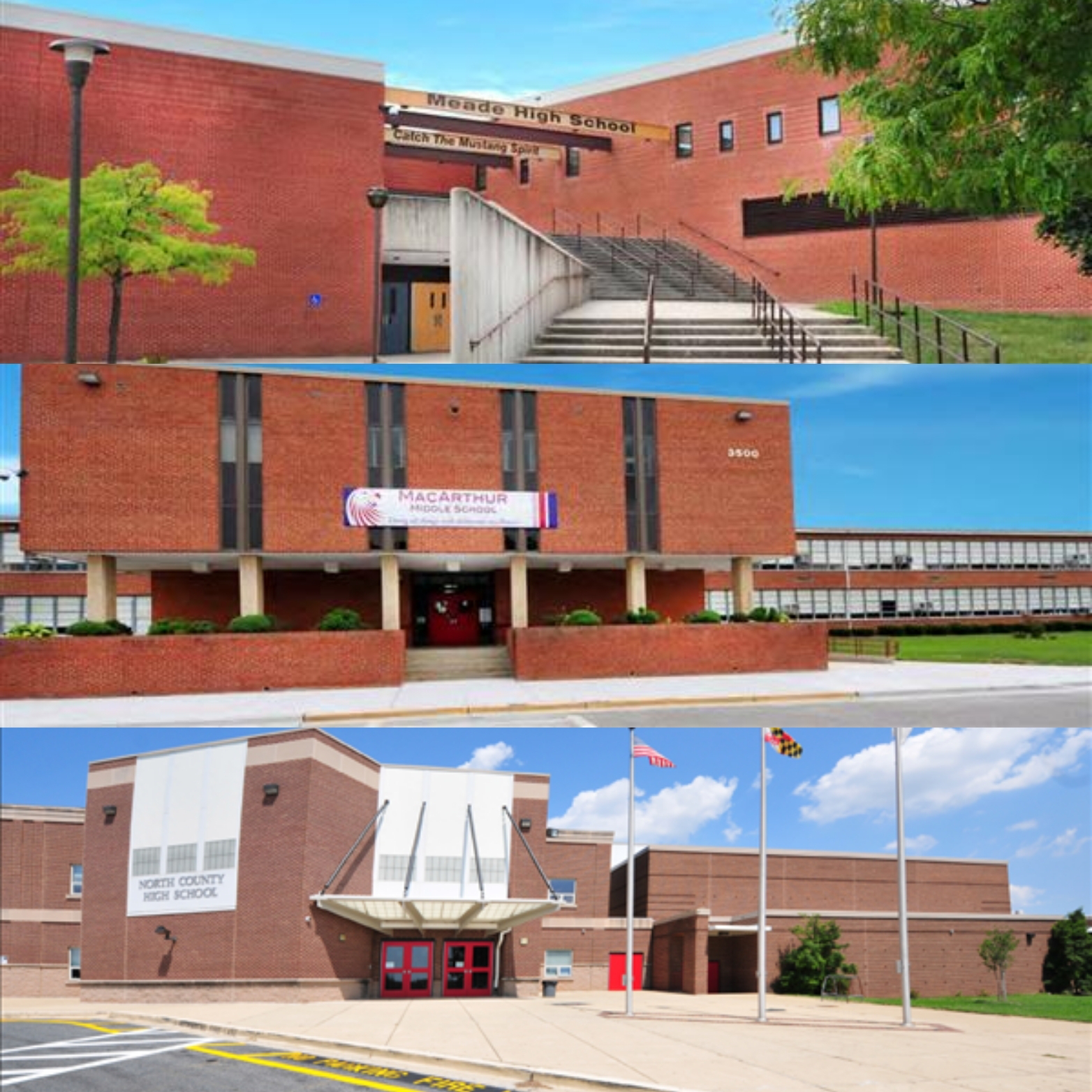 A total of four students were charged, and one teacher was assaulted after three weapons-related incidents were reported at area schools on the same day.
On the morning of Thursday, March 11, 2022, school resource officers and administrators at Meade High School became aware of a video circulating that showed a student armed with a handgun in a bathroom at Meade High School. That student was quickly located and a BB gun was recovered. While interviewing the other students in the video, a second BB gun was discovered.
Charges were filed against a 15-year-old from Odenton and a 16-year-old from Hanover in connection to the incident.
Later that day, a school resource officer assigned to North County High School was called for a report of an assault. A teacher observed a 17-year-old student with a “gel blaster” type toy gun. When the teacher went to notify school staff, he was struck by a projectile from the gel gun. The teacher did not report any injuries. The student was charged and released to a guardian.
Some time later, a School Resource Officer assigned to MacArthur Middle School received information regarding a student who may be in possession of a bb gun. The 13-year-old student was located in a classroom and taken to the office. The student was found to be in possession of an air-soft pellet gun and was charged and released to a guardian.
Meade High Schools was reportedly placed on lockdown while the incident was investigated.  It is unclear if MacArthur or North County were ever placed into lockdown status.