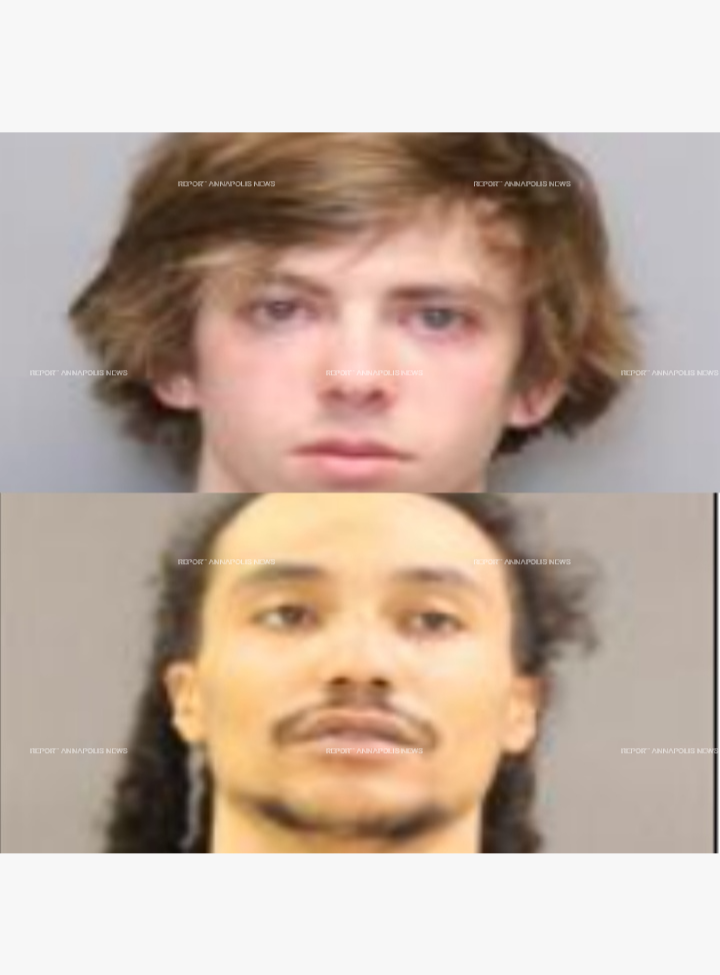 An area teenager and a man from laurel was recently arrested after officers allegedly witnessed a drug transaction while on patrol in Pasadena.
On March 15, 2022, at approximately 11:15 a.m., officers observed suspected CDS distribution activity in a parking lot in the 8100 block of Tower Bridge Drive. The investigation led officers to speak with two suspects seated in a parked blue Volkswagen. During the interaction, officers conducted a probable cause search of both suspects.
The suspect seated in the passenger seat was found to be in possession of 18 pills of suspected Alprazolam, 8 pills of suspected MDMA, 5.5 pills of suspected Oxycodone Hydrochloride, $886 in U.S. currency, a digital scale, and a Polymer 80 (Glock style) semi-automatic .45 caliber handgun loaded with 25 rounds of ammunition. The suspect seated in the driver’s seat was found to be in possession of 2 pills containing suspected MDMA, 1 pill containing suspected Oxycodone Hydrochloride, and 1 pill containing suspected Alprazolam. 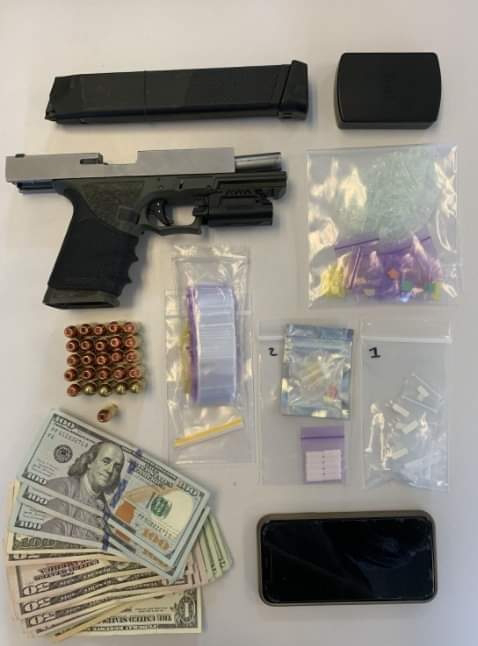