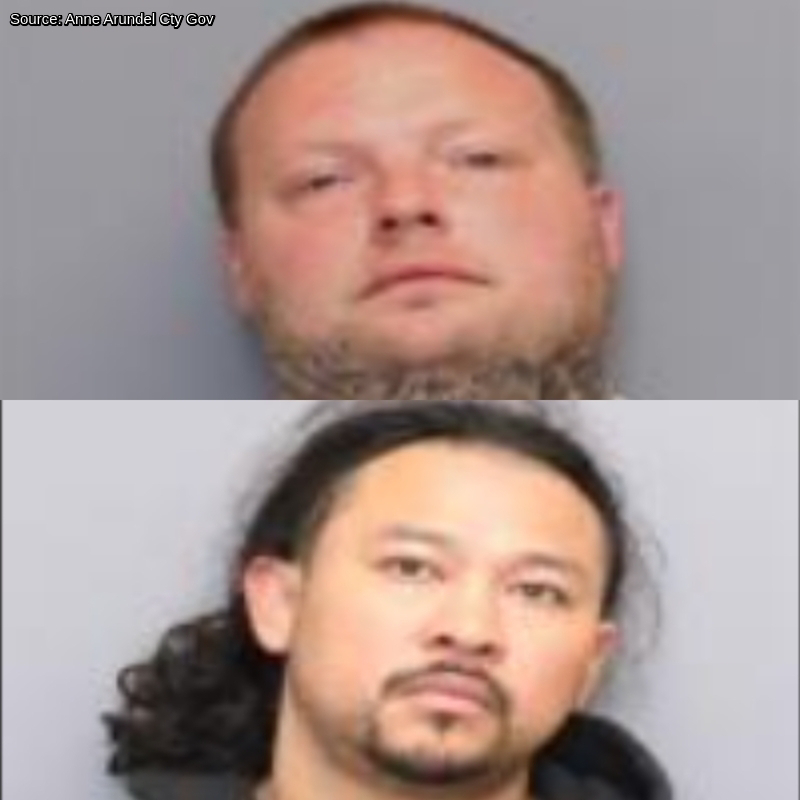 The Anne Arundel County Police Deparment has announced the arrests of two men following the recent burglary of a home in Pasadena.
In a press release, department officials said officers responded to the 200 block of 215th Street in Pasadena for a prowler complaint on March 20, 2022, at approximately 7:30 p.m.
"The homeowner advised someone was banging on her door. While on the phone with 911, the caller advised she thought the male entered the home through a rear door," the release said. "Officers assisted the homeowner in finding three young puppies who scattered during the incident. There were no injuries to the homeowner or the puppies during this incident."
The police department said the vehicle occupants were arrested, charged accordingly and identified as:
James Wenig (top photo)
35-year-old
Lothian, MD
Carlos Monroy  (bottom photo)
32-year-old
Hyattsville, MD