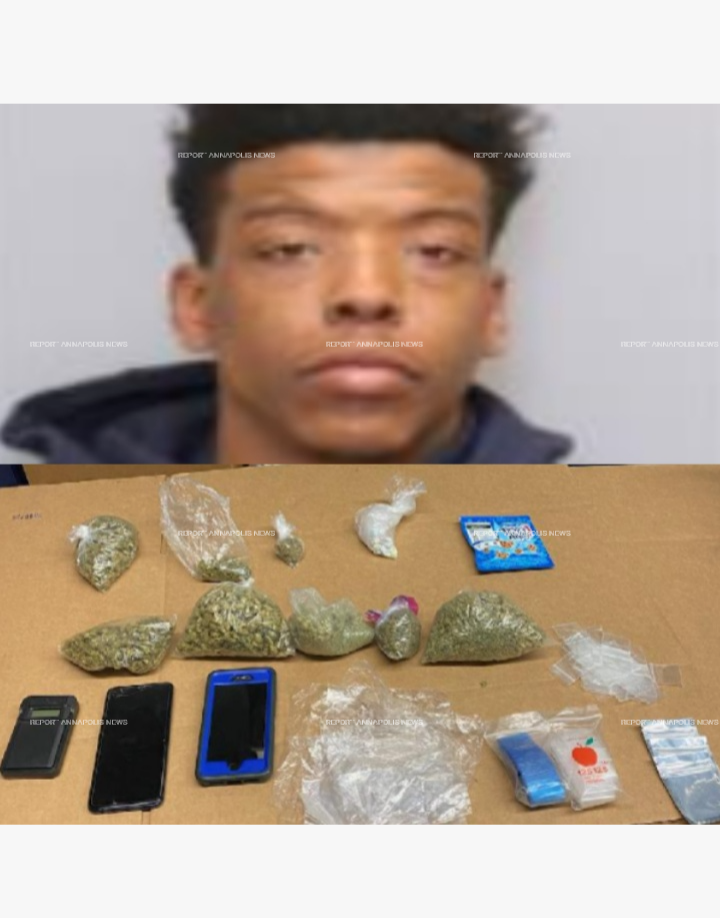 Marijuana and ecstacy pills were seized and a Baltimore man was arrested during a traffic stop in Brooklyn Park, according to the Anne Arundel County Police Department.
On March 16, 2022, at approximately 1:50 a.m., an officer conducted a traffic stop of a silver 2003 Infinity in the area of Ritchie Highway and 16th Avenue.  A probable cause search was conducted, resulting in the seizure of approximately 202 grams of suspected marijuana packaged for distribution, 23 pills of suspected MDMA, a digital scale, and packaging material.
The suspect was charged accordingly and identified as:
Darryon Edwin Cephas
23-year-old
Baltimore, Maryland