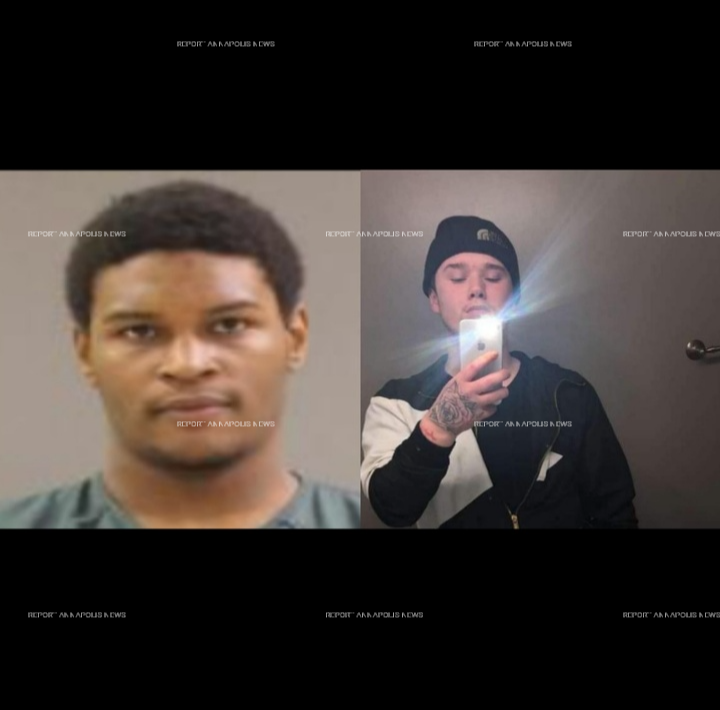 The Anne Arundel County Police Department has arrested a teenager from Brooklyn Park in the case of another teen recently found shot to death behind an area funeral home.
On February 27, 2022, at approximately 10:00 a.m., police units responded to Gonce Funeral Home, located at 4001 Ritchie Highway in Brooklyn Park following the report of a body located behind the business.  Upon arrival, officers discovered a deceased male with apparent trauma to his body.
Investigators say the victim was identified as Devin Scott Freeman, 19, of Millersville (shown in photo on the right).
Through investigative means, homicide detectives identified 18-year-old Jaden Kemetrius Crowner (shown in photo on the left) as the suspect in the case. Crowner was arrested and ordered to be held without bond at the Jennifer Road Detention Center, according to court records.