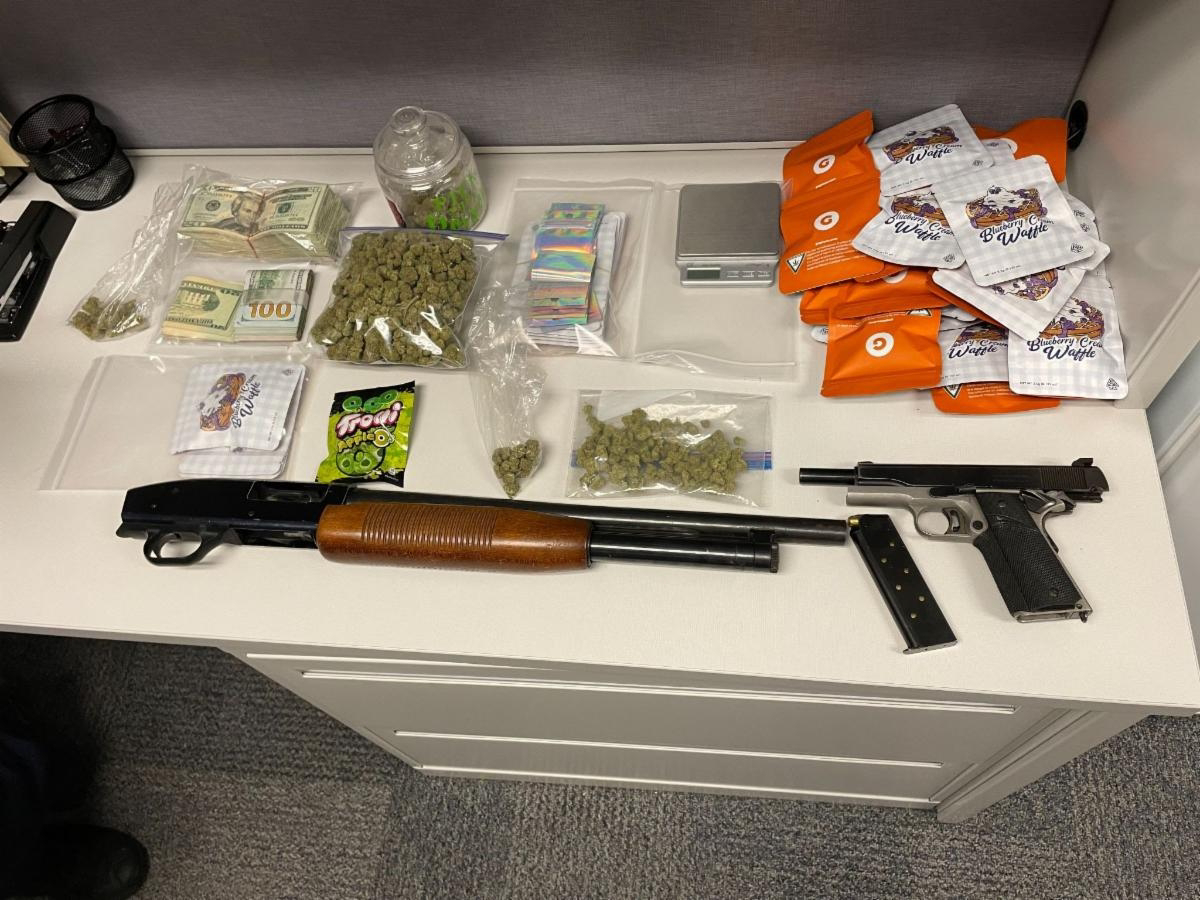 Two people were arrested following a drug raid inside a home in Pasadena, according to officials with the Anne Arundel County Police Department.
In October of 2021, Eastern District detectives received several tips from community members regarding suspected drug distribution activity at a residence in the 8100 block of Sagamore Way in Pasadena. An investigation was conducted resulting in the execution of a search warrant at the residence on November 5, 2021. Upon entry, all occupants were detained without incident and a search was conducted.
During the search, detectives located 469 grams of suspected marihuana, 41.58 grams of suspected THC edibles, a sawed-off Mossburg shotgun, a loaded Remington Arms 1911 45 ACP handgun, and $12,186.00 in U.S. currency.
Both subjects were charged with multiple CDS distribution and weapons violations.  They were identified as:
Rylee James Phillips
20-year-old
Pasadena, Maryland
Carolyn Louise Jenkins
19-year-old
Pasadena, Maryland