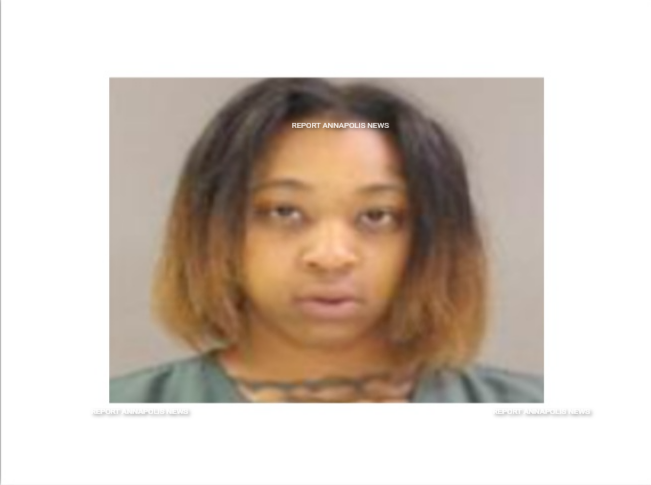 Investigators with the Anne Arundel County Police Department have charged a woman from Severn in connection with a commercial robbery and carjacking which occured in the Brooklyn Park area.
On November 21, 2021, at approximately 10:25 a.m., officers responded for a report of a carjacking in the 4100 block of Belle Grove Road in Brooklyn. The 21-year-old male victim met with an unknown female suspect to conduct a sale of a silver 2004 Acura TL. Upon completing a test drive, the suspect displayed a handgun and ordered the victim to step away from the vehicle. The suspect fled in the vehicle southbound on Belle Grove Road.
On November 28, 2021, at approximately 8:30 p.m., officers responded for an armed robbery at the Little Caesars Pizza located at 5636 Ritchie Highway in Brooklyn Park. A female suspect entered the business, displayed a handgun, and demanded money from the register. After receiving the currency, the suspect exited the store and fled the scene in an unknown vehicle.
Through investigation, detectives identified the suspect as,  Katherine Cinnamon Muldrow, 23,  and obtained a warrant for her arrest. On November 29, 2021, at approximately 4:30 p.m. detectives located Muldrow during a traffic stop of a silver Honda Accord on Teague Road in Hanover. Muldrow was found to be in possession of a loaded 9mm Sarsilmaz SAR9 handgun, believed to have been used during the robbery. Muldrow was also identified as the suspect in the November 21st carjacking that occurred in the 4100 block of Belle Grove Road in Brooklyn and was charged accordingly.