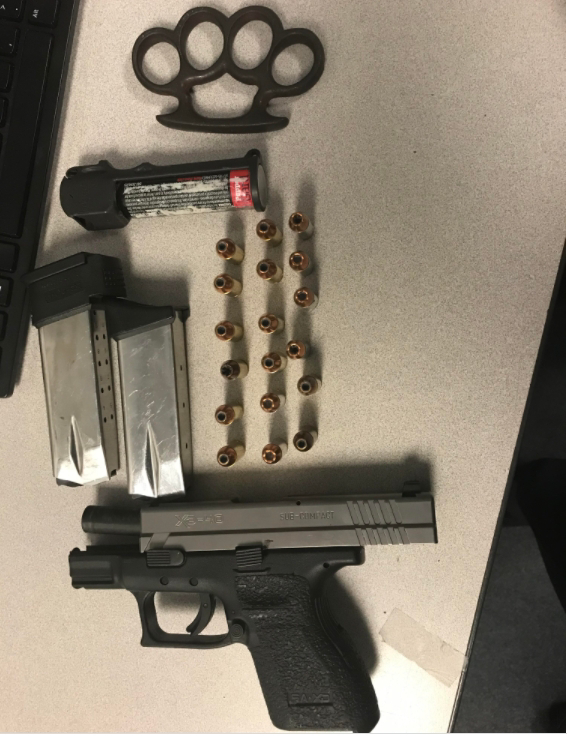 A local man was arrested after allegedly being found in Glen Burnie with weapons including a loaded handgun.
On November 11, 2021, at approximately 9:40 p.m., officers responded for a report of an armed subject in the area of Baltimore-Annapolis Boulevard and 8th Avenue in Glen Burnie. Upon arrival, officers observed the suspect who matched the description given by the caller. The suspect ignored orders to stop by officers and fled toward the 100 block of Dorsey Road.
Officers pursued the suspect, who discarded a bag he was carrying.  Officers retrieved the bag which contained a .40 caliber Springfield XD40 handgun loaded with 10 rounds of ammunition, brass knuckles, and OC spray.
Officers were able to apprehend the suspect.
Further investigation revealed the suspect threatened a 44-year-old adult male victim with the handgun.
The suspect was charged accordingly and identified as:
Mohammed Lamin Kamara
32-year-old
Glen Burnie, Maryland