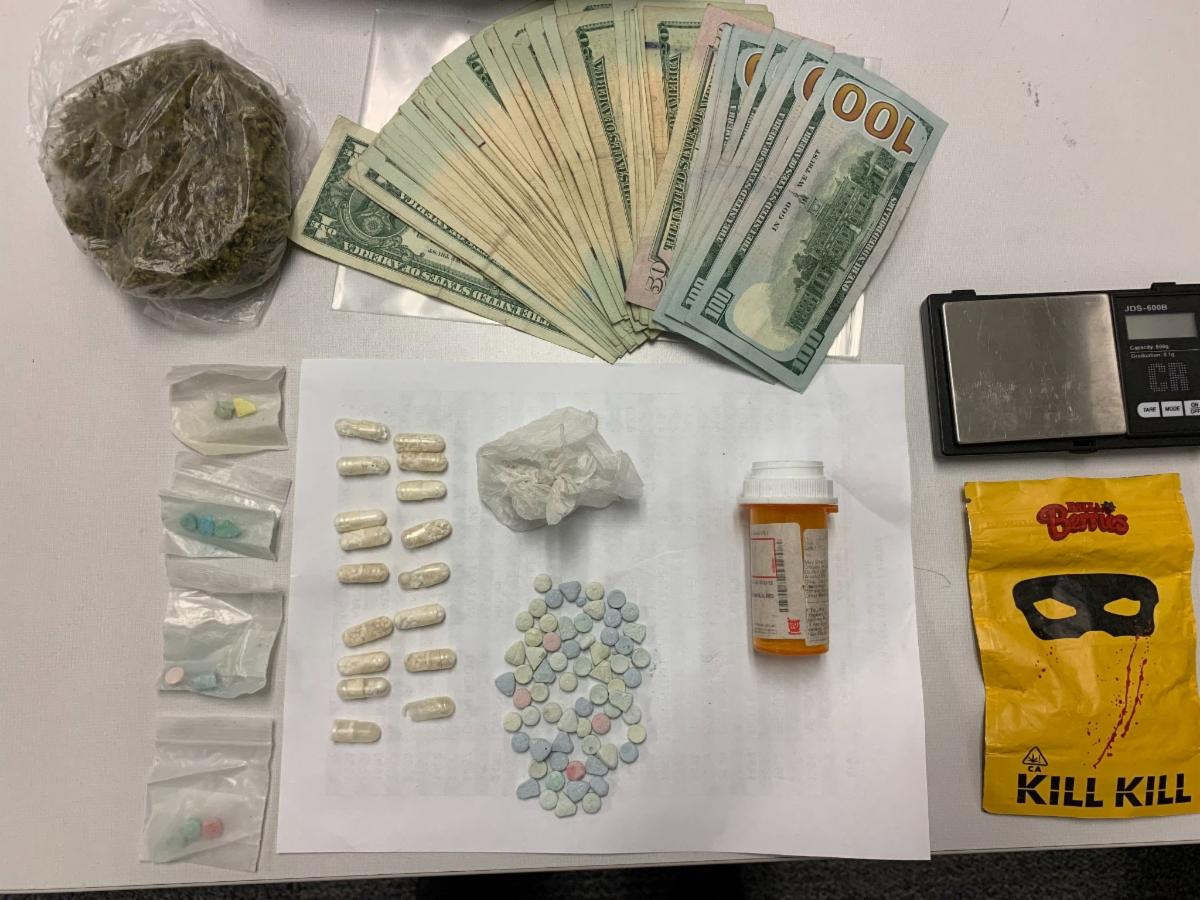 Patrols officers arrested a man from Brooklyn after allegedly finding him in possession of various drugs, according to police department officials.
On November 4, 2021, at approximately 9:50 p.m., officers observed a suspicious occupied vehicle parked at the Shell gas station located at 8695 Fort Smallwood Road in Pasadena. As officers approached the vehicle, they noticed the odor of marijuana coming from inside the vehicle.
The investigation led to a search of the vehicle and occupant resulting in the seizure of 30 grams of suspected marijuana, .65 grams of suspected cocaine, 17 capsules containing suspected heroin/fentanyl, 76 suspected MDMA (Ecstasy) pills, and $1,813.00 U.S. currency.
The occupant was arrested, charged accordingly and identified as:
Jekye Travon Johnson
22-year-old
Brooklyn, Maryland