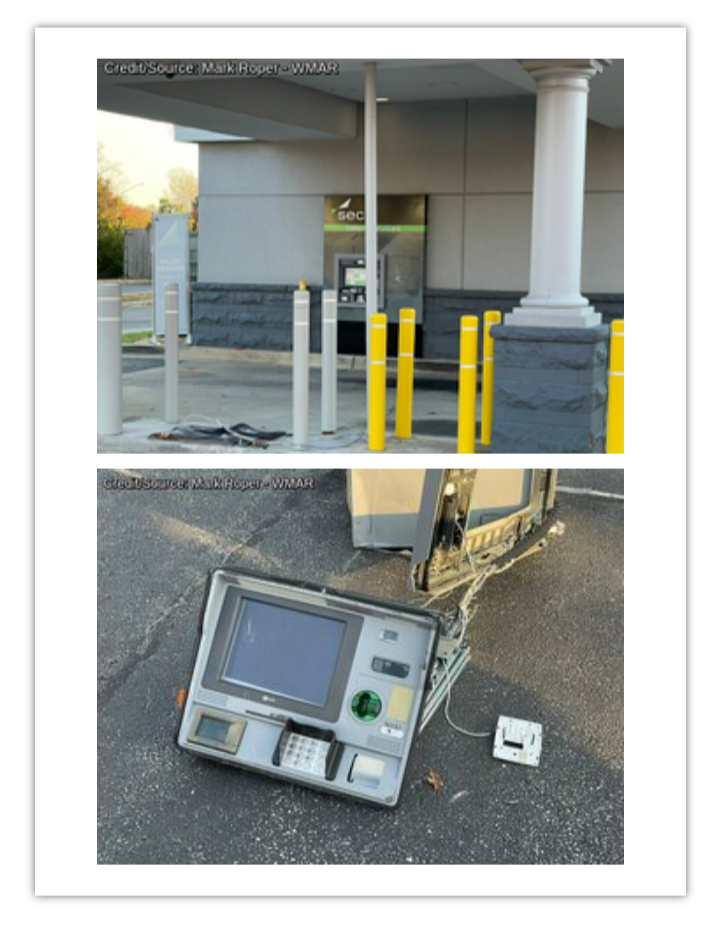 The Anne Arundel County Police Department is investigating the recent attempted theft of an ATM machine from the SECU-Glen Burnie Branch.
On November 11, 2021, at approximately 3:45 a.m., officers responded to an intruder alarm at the SECU located at 103 Chesapeake Center Drive in Glen Burnie. As officers arrived, they noticed an ATM had been damaged in an apparent attempt to remove or break into the ATM. A stolen white Ford F-250 pickup truck was at the scene and is believed to have been used to break the ATM from its footing. Officers attempted to stop a gray Dodge Charger that was leaving the area as officers were arriving. The vehicle fled on Ordnance Road toward Route 10 and then onto 495.  A description of the vehicle was provided to neighboring jurisdictions. Officers were unable to stop the vehicle.
The ATM and stolen pickup truck were recovered at the scene.
Northern District detectives are investigating and ask anyone with information to contact 410-222-6135.  Individuals wishing to remain anonymous are encouraged to call the Anne Arundel County Police Tip Line at 410-222-4700.