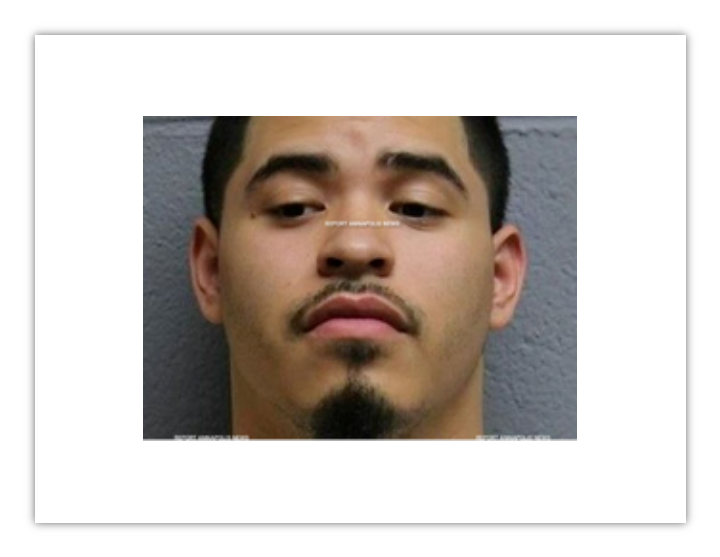 A 26-year-old Baltimore resident has been sentenced in connection with the 2019 attempted murder of a man in Brooklyn Park.
Andy Enoch Reyes was sentenced to 60 years with all but 50 years suspended.  An Anne Arundel County jury found Reyes guilty on April 30, 2021.
On December 28, 2019, Anne Arundel County police officers responded to the 200 block of Hilltop Road for a shooting. Upon arrival, police officers located the victim, Daniel Bartley, suffering from multiple gunshot wounds.
He was unresponsive and immediately transported to the University of Maryland Medical Center Shock Trauma where he underwent multiple surgeries.
Bartley suffered eleven gunshot wounds, some of which struck his brachial artery and heart. During surgery, Mr. Bartley went into cardiac arrest several times but was revived and eventually stabilized in critical condition.
Two days later, on December 30, 2019, the Anne Arundel County Police Department was contacted and advised that although Mr. Bartley was still hospitalized, he was able to speak. Officers went to the hospital and spoke with Mr. Bartley who advised them that he was shot by the Reyes following a dispute.
It was later determined that Reyes was a close friend of Bartley's girlfriend.
“The defendant decided to violently take matters into his own hands when he shot Mr. Bartley and because of his choice, he will be spending many years in prison,” said Anne Arundel County State’s Attorney Anne Colt Leitess. “In this case, the victim’s testimony was integral to the jury’s verdict and shows the power to stop violent individuals. “
This was the first jury trial to convene since the closing of the courts due to the COVID-19 pandemic.