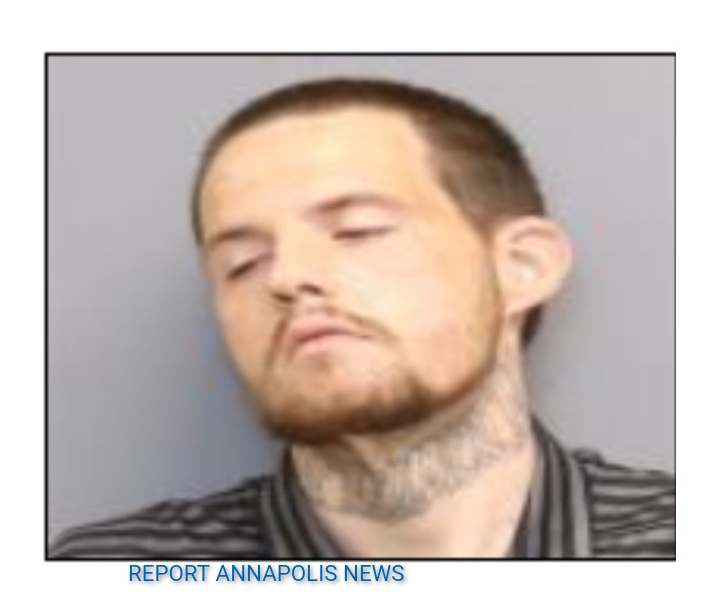 Anne Arundel County Police officers arrested a wanted shoplifting suspect after he led police on a highway chase which ended in a vehicle crash in Crofton.
On May 26, 2021 at 7:12 p.m., officers responded to the Kohls located at 418 George Clauss Boulevard in Severn in reference to a shoplifting. Loss Prevention officers recognized a person shoplifting in the store as a suspect that was wanted for a prior armed robbery.
Officers verified there was an active warrant for the suspect for armed robbery and while canvassing the area they observed the suspect vehicle getting onto I97. Officers attempted to conduct a traffic stop on the vehicle, however it failed to stop. As officers pursued the vehicle, the suspect side-swiped 2 vehicles while trying to get away, causing minimal property damage and no injuries.
The suspect lost control and struck a telephone pole ultimately disabling his vehicle, at which time the suspect fled the vehicle on foot. Officers later took the suspect into custody in the area of Riedel Road and Route 3 in Crofton.
During the search of the suspect’s vehicle, the stolen items from Kohls were recovered, as well as a small amount of heroin and marijuana.
The suspect was arrested, charged and identified as:
Matthew Jacob Bullen
DOB: 4/16/91
8000 block of Woodholme Circle
Pasadena, Maryland